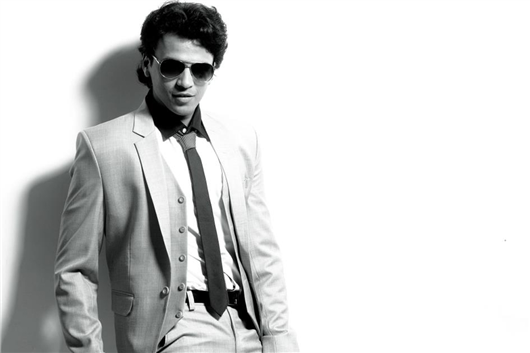 Abhijeet Sawant (Born 7 October 1981) is an Indian playback singer. He is the winner of Indian Idol (Season 1). He was the first runner up of Clinic All Clear - Jo Jeeta Wohi Superstar, and came at third place in Asian Idol. Sawant, son of Mr. Shridhar Pandurang Sawant was born in a Marathi family. He is originally from Mumbai, Maharashtra. The singer tied the knot with his childhood sweetheart Shilpa in a low-key affair on December 4th, 2007.

The winner of the first season of Indian Idol was Abhijeet Sawant. He was born to Buddhist Family from Mumbai. This season was aired from October, 2004 to 5 March 2005 on Sony TV. Amit Sana from Bhilai, Chhattisgarh was declared the 1st runner-up, while Rahul Vaidya from Nagpur and Prajakta Shukre from Jabalpur, MP came 3rd and 4th respectively, in the competition.

The judges for the First season were Anu Malik, Sonu Nigam and Farah Khan. They retained the same spot for the Second Season. The first season was hosted by Aman Verma and Mini Mathur.

The winner, Abhijeet Sawant, went on to release his first album "Aap Ka Abhijeet". He participated in Asian Idol representing India and was placed third in the competition. He also released his second album Junoon which was a success and he also did play back for the movie, Ashiq Banaya Apne. Abhijeet also did some commercials for Spraymint. He started acting with his debut film "Lottery", which was released in March 2009, but did not do well at the box office.

Abhijeet Sawant was a finalist of Clinic All Clear Jo Jeeta Wohi Superstar (telecasted in the Indian Channel Star Plus). He became the first runner up of the show. Jeeta Wohi Super Star was an Indian reality television series which aims to bring the winners of 'all' singing reality shows completed previously and the runners-up together competed for the 'Superstar' title under 'one roof'. The series' grand-finale took place on July 12, 2008

His first solo album, Aapka Abhijeet Sawant, was released on April 7, 2005. The album contains songs sung by Abhijeet, Amit Sana and Prajakta Shukre. His first song "Mohabbatein Lutaunga" was the first major hit of this album and his career. His second album, Junoon - Abhijeet Sawant was released on 10 July 2007. The title track "Junoon" was a major hit and stayed on top of record charts for weeks. The second single "Ek shaqs" was also a minor hit. He has joined the Shiv Sena with a mandate to attract youth to the party fold.He gets his First break in bolly by Himesh Reshammiya in Ashiq Banaya Aapne movie BY marjawa mit jawa song.

He, along with his wife Shilpa, participated in the Dancing Reality Show, Nach Baliye (Season 4) in (2008-2009). Though being the Judges hot favorite pair, they were eliminated after facing public votes and could not make it to the finals.

Abhijeet Sawant competed in the first edition of Asian Idol which was held in Jakarta, Indonesia from December 15 to 16, 2007, which was won by Hady Mirza of Singapore Idol. He performed Everything I Do by Brian Adams and his own song Junoon in the platform. Though Abhijeet did not win he stood third out of the rest. Despite not winning, he was credited by the judges for giving Asian audience a taste of Indian music.

Why Book Abhijeet Sawant Through ArtiseBooking?