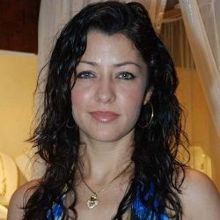 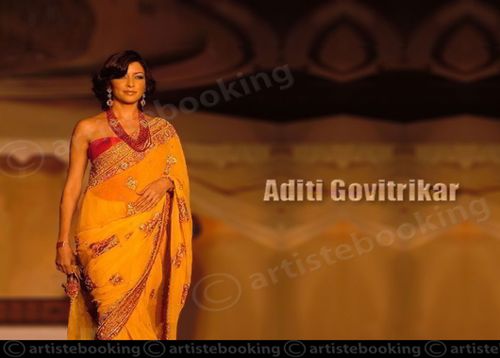 Aditi Gowitrikar (born May 21, 1974) is an Indian model, actress and a doctor.Gowitrikar was born in Panvel, Maharashtra. She did her schooling in Barns High School in Panvel and her MBBS at Grant Medical College in Mumbai and graduated in 1997. She started doing her MD in Gynaecology and Obstetrics after finishing her MBBS, but could not finish it as she got into the field of modelling. Gladrags Mega Model contest in 1996. She also won the best body and best face prizes at the Asian Super Model Contest in 1997. She modeled for companies such as Ponds and appeared in TV commercials, including her immensely popular Coca Cola ad with Hrithik Roshan. Since winning Mrs. World 2001, Gowitrikar continued modeling and also appeared in minor roles in a number of Bollywood and South Indian films. She has acted in the Hindi TV serial Ye Meri Life Hai and participated in reality television series such Fear Factor - Khatron Ke Khiladi (2008) hosted by Akshay Kumar, and in the reality television series, Bigg Boss (Season 3) (2009).