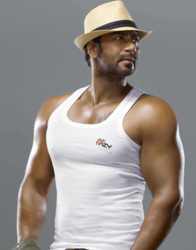 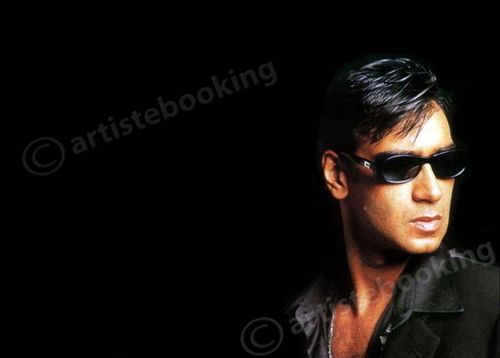 Ajay Devgan (born: Vishal Veeru Devgan on April 2, 1969) is an Indian film actor, director, and producer. who has established himself as one of the leading actors of Bollywood (Hindi cinema). Devgan has won numerous awards in his career, including two National Film Awards. He is the son of director and action choreographer Veeru Devgan. Starting his career as a child actor in Pyari Behna, Devgan began his professional career six years later with Phool Aur Kaante in 1991 and received a Filmfare Award for Best Male Debut for his performance. He then starred in successful films such as Jigar (1992), Dilwale (1994), Suhaag (1994), Naajayaz (1995), Diljale (1996) and Ishq (1997). Early in his career he was recognised as an action star, he was quick to break the stereotype by picking out a variety of roles that allowed him to experiment with his talent. In 1998, he gave critically acclaimed performances in the in Mahesh Bhatt's drama Zakhm and he received his first National Film Award for Best Actor for his performance in the movie. In 1999, his most-talked-about film was Hum Dil De Chuke Sanam in which he played Vanraj, a man who tries to help his wife get back together with her lover. In the early 2000s he starred in Raju Chacha (2000), Lajja (2001) and Tera Mera Saath Rahen (2001). In 2002, he gave critically acclaimed performances in Ram Gopal Varma's fictional expose of Mumbai underworld Company. He played the character of a gangster called ‘Malik’ for which he won Filmfare Critics Award for Best Actor. The same year he gave another critically acclaimed performance in Deewangee for which he received the Filmfare Best Villain Award. In 2003, he won his second National Film Award for Best Actor for his portrayal of Bhagat Singh in Rajkumar Santoshi's biopic The Legend of Bhagat Singh. Throughout his career he has performed in many critically and commercially successful films including Raincoat (2004), Yuva (2004), Apaharan(2005), Omkara (2006), Golmaal: Fun Unlimited (2006), Halla Bol (2008), Golmaal Returns (2008), All the Best: Fun Begins (2009), Once Upon a Time in Mumbaai (2010), Golmaal 3 (2010), Raajneeti (2010), Singham (2011), Bol Bachchan (2012) and Son of Sardaar (2012). He has starred in more than 80 Hindi films. Having done so, he has established himself as one of the leading actors of Bollywood. He was the first in Bollywood to acquire a six-seater private jet for transport to shooting locations, promotions and personal trips.

Why Book Ajay Devgan Through ArtiseBooking?