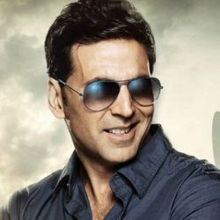 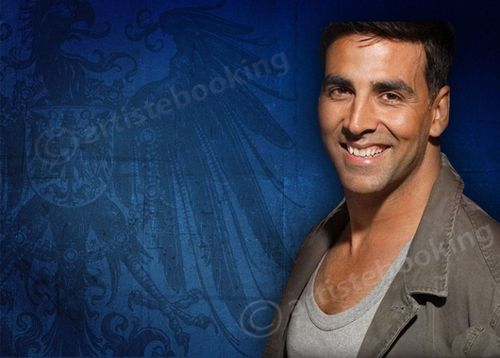 Akshay Kumar (born Rajiv Hari Om Bhatia on September 9, 1967) is an Indian film actor, producer and martial artist who has appeared in over a hundred Hindi films. A long road traveled; from a waiter in Bangkok, to one of the most successful actors in Bollywood, Akshay Kumar has come a long way. As an instructor in martial art, Rajiv Bhatia always dreamt of making it big in that field but when a student suggested that with his good looks and a good built, he should take up modelling, the anonymous Rajiv Bhatia began his journey as Akshay Kumar. He has been nominated for Filmfare Awards several times, winning it two times. He has appeared in over 125 films.When he began his acting career in the 1990s, he primarily starred in action films and was particularly known for his appearances in feature films commonly called the "Khiladi series", which included Khiladi (1992), Main Khiladi Tu Anari (1994), Sabse Bada Khiladi (1995), Khiladiyon Ka Khiladi (1996), Mr. and Mrs. Khiladi (1997), International Khiladi (1999), Khiladi 420 (2000) and Khiladi 786 (2012).His success had soared in 2007, when he starred in four consecutive commercial hits. Kumar hit a rough patch since 2009 to 2011 but came back with two successes, Housefull 2 (2012) and Rowdy Rathore (2012) with both of them grossing over 100 crore (US$18 million). On February 16, 2013, many media outlets reported that the boxoffice collection of Kumar films has crossed 2000 crore (US$370 million) and till date is the only Bollywood actor to do so.Apart from acting, Kumar has worked as a stunt actor; he has often performed many dangerous stunts in his films,which has earned him a reputation as the "Indian Jackie Chan".2008 marked his television debut as the host of the show Fear Factor – Khatron Ke Khiladi. In 2009, Kumar founded the Hari Om Entertainment production company.In 2008, the University of Windsor conferred an Honorary Doctorate of Law on Kumar in recognition of his contribution to Indian cinema. The following year he was awarded the Padma Shri by the Government of India. In 2011 The Asian Awards honoured Kumar for his outstanding achievement in Cinema.

Why Book Akshay Kumar Through ArtiseBooking?