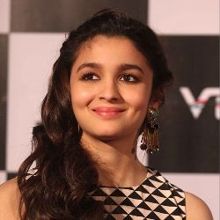 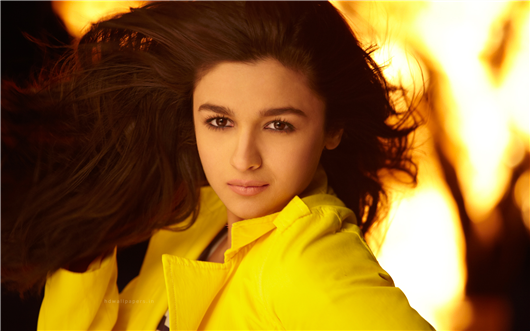 Alia Bhatt is an Indian Bollywood Actress. She was born on 15 March 1993 in Mumbai, Maharastra, India. She belongs to the family of Bhatt's Bollywood's one of the famous filmaker, director, script writer and producer's family. She made her debut in bollywood movies thorugh Karan Johar romantic comedy Student of The Year in 2012, which was huge successful movie in the box office. She gained fame and name in entertainment industry by his performances.

Alia Bhatt was born on 15 March, 1993 in a family of famous director Mahesh Bhatt and actress Soni Razdon. Alia has one elder sister Shaheen and two half siblings, Pooja Bhatt and Rahul Bhatt and actor Emraan Hashmi and director Mohit Suri are her cousins and mukesh bhatt is her Uncle. She completed her gradution from Jamanabai Narsee School IBDP in may 2011.

Alia has also worked as child artist in Sangharsh in 1999 staring Akshay Kumar and Preity Zinta where she played the role of younger Version of Preity's Character. Before she step in the bollywood movies she worked as Director Assistant some times. But she started her career from Karan Johar movie Student Of The Year in leading role with her Co-Actor's Sidharth and Varun Dhawan. She portrayed the role of Shanaya, who is a rich and sophisticated teenage.

After that she worked in Imtiaz Ali road film Highway with her co-actor Randeep Hooda. In that movie her acting and performanced also like and appreciated by everyone. Next she signed Sajid Nadiadwala 2 States with her co-actor Arjun Kapoor. She is also a brand ambassador of many popular brands like Coca-Cola, Garnier and Maybelline.

Why Book Alia Bhatt Through ArtiseBooking?