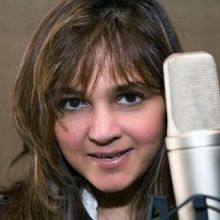 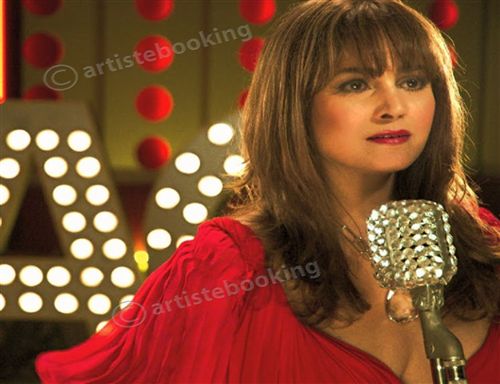 Alisha Chinai (born 18 March 1965) is an Indian pop singer known for her albums as well as playback singing in Hindi cinema. Alisha Chinoy real is name Sujata Chinoy. She is from Bangalore. Alisha got music as heritage. Her father was a classical singer. After she finished her studies, she tried to dabble in everything from Modelling to Theatre. She even worked for Adman Alyque Padamsee. She rechristened herself Alisha, after the birth of her cousin’s daughter who was also named Alisha. Alisha was passionate about Western music from her childhood, and imitated Madonna in front of her friends.

Alisha Chinoy got a break through Bappi Lahiri, who was looking out for Western accented voice and stylish singing. He gave her a break in the film Dance Dance (1988), where she sang “Zooby zooby…” with panache. Alisha gave many more hits in the late 80s for many big films like films like Mr. India (1987), Ram Lakhan (1989) and Maalamaal (1988).

Alisha however shot to fame with her pop albums, which became a rage all over the nation. Her most notable albums were Made in India, Babydoll, Lover girl, Madonna, Bombay girl and many more. In 90s, She sang many popular songs for Anu Malik like “Ruk ruk…” (Vijaypath), “My Adorable Darling…” (Main Khiladi Tu Anari), and a very controversial “Sexy sexy…” (Khuddar).

However, Alisha Chinoy didn’t really succeed in becoming one of the top most singers of Bollywood. Alisha Chinoy was always there, though never at the top. In 2004, she gave a few hit songs like “Dil ko hazaar baar…” (Murder) and “Maine jisko chaha…” (Fida). Her come back song was “Kajra re…” from Bunty aur Babli (2005). The song was picturised on Amitabh Bachcha, Abhishek Bachchan and Aishwary Rai and went on to become the most watched music video in India that year. There was no looking back for Alisha Chinoy now.

Ever since, she has sung many hit songs like “No Entry…” (No Entry), “Aaj ki Raat…” (Don), “Touch me…” (Dhoom 2) and “Its rocking…” (Kya love story hai). Now, Alisha Chinoy has regained her fan following. She won a Filmfare award for “Kajra re…” (Bunty aur Babli) in 2005. She has also been awarded the International billboard award and Freddie Mercury award for excellence in Artistery. Her song “Soulement Vous…” was given first rank at the International song festival Asia 2004. She judged Indian Idol Season 3 in 2007.

Simultaneously with playback singing, she has recorded many songs as a pop singer, with album releases. Chinai was noted for her 1995 hit single and album, titled Made in India, which was composed by Biddu. Made in India went on to become one of the highest selling pop albums of its time and Alisha became a household name. This album contains well-known songs like, "Aaja Mere Dil Mein", "Ek Baar Do Baar", "Sun O Meri Dhadkan", "Tu Kahan", "Ooh La La", "Tu Jo Mila", "Dhokha Diya Hai Re Tune Mere Dil" and "Lover Girl". With its success, Alisha announced her departure from playback singing and wanted to concentrate only on private pop albums. However, her follow-up albums were less successful. This was also the period when she got into a major controversy with the man who recorded several hit songs with her, Anu Malik. During the release of Made in India, Alisha had accused Anu Malik of molesting her. While some claim it was a publicity stunt by the singer to promote her album, Anu Malik and Alisha did not work for several years, only to reunite in 2003 with Ishq Vishk.

Alisha's comeback to film music was with the song "Oh My Darling" in the Yash Raj Film Mujhse Dosti Karoge!. Through the 2000-2009 decade, she recorded primarily with Himesh Reshammiya, Shankar Ehsaan Loy and Pritam. After her controversy with Anu Malik in the 90s, she patched up with him to record for a number of films starting with Ishq Vishk, Fida, No Entry, Love Story 2050, Maan Gaye Mughle Azam, Ugly Aur Pagli, Chehraa and Kambakht Ishq.

In 2005, she had one of her highest career points came with "Kajra Re" (Bunty Aur Babli). The song was a hit and Alisha won her first and only Filmfare Award for Best Female Playback Singer.

Alisha was a judge in Indian Idol 3 and is a judge in Zee TV's Star ya Rockstar with Anu Malik.

Alisha changed her name to that of her cousin’s daughter Alisha (also Chinai) after she was born. She was married to her manager Rajesh Jhaveri and is now separated.

Alisha received the Filmfare Best Female Playback Award for the song "Kajra Re" from Bunty Aur Babli in 2005.

Alisha received the International Billboard Award around the time Made in India came out, and also won the Freddie Mercury Award for Artistic Excellence.

Why Book Alisha Chinai Through ArtiseBooking?