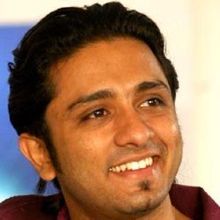 Having got placed fourth in the second season of on Sony Entertainment Television's reality show, Indian Idol, Amey Date hails from a musical lineage whereby his grandfather himself had some connections and was a part of none other but the great maestro R.D. Burman’s orchestra while his sister is a trained classical singer. Having been guided by Suresh Wadkar now Amey undertakes the responsibility of teaching students in his guru’s academy apart from performing along with him on stage.