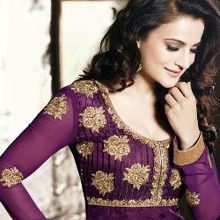 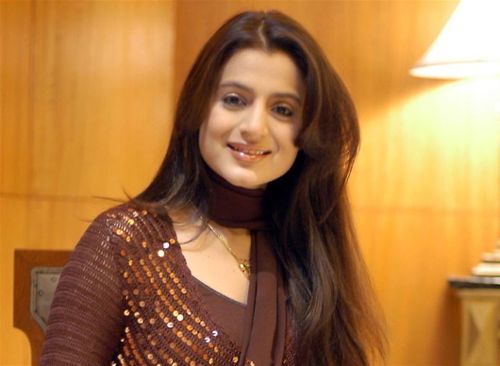 The Ameesha Patel born Amisha Amit Patel on 9 June 1975) is an Indian actress who appears in mainly Bollywood movies. Grand-daughter of Indian freedom fighter, lawyer, and former Justice Rajni Patel, Amisha, a Gemini, was born in Bombay's Breach Candy Hospital. She is nicknamed Angel and Princess. Her younger brother Ashmit Patel is also a Bollywood film actor and her name is a blend of the first three letters of her father's name Amit and the last three letters of her mother's name Asha. She studied at the Cathedral and John Connon High School in Bombay, and went on to obtain a degree in Economics from Tufts University in Medford, Massachusetts, U.S.A. After graduation she worked for a Finance company and also modeled on the side. She did not have any plans of being an actress, but when Amit's friend, film-maker and actor, Rakesh Roshan, met her during a family lunch, he offered her the lead role in 'Kaho Naa... Pyaar Hai'. Amisha accepted the offer, the movie went on to become a blockbuster, and made her a star overnight. She went on to star in movies like 'Gadar: Ek Prem Katha', 'Kranti', 'Kya Yehi Pyar Hai', 'Yeh Zindagi Ka Safar', 'Aap Mujhe Aache Lagne Lage', 'Yeh Hai Jalwa', 'Humraaz', 'Parwana', 'Suno Sasurjee', 'Vaada', 'Elaan', 'Zameer', 'Mere Jeevan Saathi', 'Mangal Pandey', 'Humko Tumse Pyar Hai', 'Teesri Aankh', 'Tathastu', 'Ankahee', Aap Ki Khatir', 'Honeymoon Travels Pvt Ltd', 'Bhool Bhulaiyaa' & 'Thoda Pyaar Thoda Magic'. Her personal life has been marred with misunderstandings with her parents and brother, so much so that she has sought the intervention of the courts. She dated Bollywood director, Vikram Bhatt, for five years since the release of their first film together, 'Aap Mujhe Achche Lagne Lage', but they had broken-up in 2007. Patel started dating London and Delhi-based businessman Kanav Puri after her break-up, but they eventually broke up two years later in 2010. She has many critics, who have described her as inconsistent, but have since then bitten their lips when they were proved wrong by this petite, and beautiful actress - who has, and continues to enthrall her fans with a variety of performances on the silver screen.

Why Book Ameesha Patel Through ArtiseBooking?