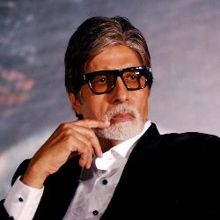 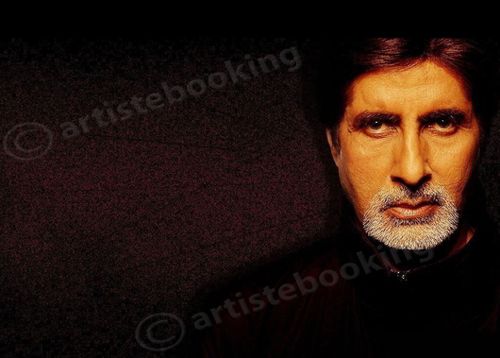 Amitabh Bachchan is an Indian Bollywood Actor, Producer, Singer, Television Presenter. His full name is Amitabh Harivansh Rai Bachchan, he was born in ( 11 October, 1942 ) Allahabad, Uttar Pradesh, India. Amitabh is the son of noted Indian Poet "Harivansh Rai Bachchan". Amitabh is known for worldwide for his work in Entertainment Industry. In 1970's he is known as "The Angry Young Man" of Bollywood. Amitabh appeared in over 180 indian films in a career spanning more than four Decades in Entertainment Industry. In 1970's and 1980's the french director Francois Truffaut called him a One man Industry. He is the Super Star of the Bollywood and a Inspiration for the youth and newcomers in Entertainment Industry. He has huge Fan following in all over the world.

Amitabh was born in Allahabad, Uttar Pradesh, India, when independance struggle was in full force . His Father was a "Harivansh Rai Bachchan" was a famous poet of India, and his mother was "Teji Bachchan" was a Punjabi Sikh from Faisalabad (Now in Pakistan), his mother had a keen interest in theathre and his mother influenced him to work in Entertainment Industry as Actor. He is also a good poet. Bachchan was initially named "Inquilaab" inspired by the Indian Independence Struggle, However, at the suggestion of fellow poet Sumitranandan Pant, Harivansh Rai changed the name to Amitabh which means, "the light that will never die." Though his surname was Shrivastava, his father had adopted the pen-name Bachchan (meaning "child-like" in colloquial Hindi), under which he published all his works.

Amitabh has a younger brother, Ajitabh. His mother had a keen interest in theatre and had been offered a role in a film, but preferred her domestic duties. She had some degree of influence in Bachchan's choice of career because she always insisted that he should take the centre stage.

Bachchan made his debut in 1969 as a voice narrator in Mrinal Sen's National Award winning films Bhuvan Shome, thereafter he got his first acting role as one of the seven protagonists in Saat Hindustani film dirested by Khwaja Ahmed Abbas and featuring Utpal Dutt, Madhu, Jalal Agha. In 1971 he worked with Rajesh Khanna, He portraying as Doctor of Rajesh Khanna and he gained his first Filmfare Best Supporting Actor Awards, and then he played a first negative role in Parwaana in 1971. In this period 1971 - 72 he worked in many mopvies but he did not do well in his career, but that was about to change.

In the year of 1973 - 1983 he rise to Stardom, He playing a lead role in Movie Zanjeer in (1973) as Inspector Vijay Khanna, that moives established Amitabh as a New Persinality of The "Angry Young Man" of Bollywood Cinema, the film was a huge success in industry and he become a Known actor afterthat he worked in many movies such as Abhimaan and Namak Haraam are also a success full movie's. In 1974 Bachchan made several guest appearance in films such as Kunwara Baap, Roti Kapda Aur Makaan and Dost. Bachchan then played the leading role in film Majboor the film was success at the box office. In 1975 he was appeared in many movies like Chupke Chupke, Faraar, Mili, Deewaar and Sholay. Sholay was released in 15 August 1975, was a huge successful movie in Indian Movie's history, earning INR 2,364,500,000. Bachchan played the role of Jaidev. In 1999, BBC India declared it the "Film of the Millennium" and like Deewar, has been cited by Indiatimes movies as amongst the Top 25 Must See Bollywood Films. In that same year, the judges of the 50th annual Filmfare Awards awarded it with the special distinction award called Filmfare Best Film of 50 Years. Amitabh worked in many movies such as Kabhie Kabhie, Adalat, Parvarish, Khoon Pasina, Kasma Vaade, Don, Suhaag, Mr. Natwarlal, Kaala Patthar, The Gambler, Satte Pe Satta, Desh Premee and Bemisal etc.

After some break he come back in 1988 and working in many movies like Shahenshah, Jaadugar, Toofan, Main Azad Hoon but those movies failed at the box office. In 1991 he came back with new hit movie "Hum" for that he won Third Filmfare Award. In 1992 he took semiretirement for five years. In 1996 Amitabh setting up Amitabh Bachchan Corporation Ltd, with the vision of becoming a 10 million rupees permier entertainment company by the year 2000. Bachchan attempted to revive his acting career and had average success with Bade Miyan Chote Miyan (1998), and received positive reviews for Sooryavansham (1999) but other films such as Lal Baadshah (1999) and Hindustan Ki Kasam (1999) were box office failures. In 2000 Amitabh appeared in "Mohabbatein" was huge success in box office. Amitabh worked in many movies such as Ek Rshtaa: The Bond Of Love, Kabhi Khushi Kabhie Gham, Baghban, AKS, Aankhen, Khakee, Dev, Bunty Aur Bubli, Sarkar, Kabhi Alvida Naa Kehna, Ekalavya, Nishabd and many more movies.

In 2000, Bachchan hosted the first season of Kaun Banega Crorepati (KBC), the Indian adaptation of the British television game show, Who Wants to Be a Millionaire?. The show was well received. A second season followed in 2005 but its run was cut short by STAR Plus when Bachchan fell ill in 2006. In 2009, Bachchan hosted the third season of the reality show Bigg Boss.

In 2010, Bachchan hosted the fourth season of KBC. The fifth season started on 15 August 2011 and ended on 17 November 2011. The show became a massive hit with audiences and broke many TRP Records. CNN IBN awarded Indian of the Year- Entertainment to Team KBC and Bachchan. The Show also grabbed all the major Awards for its category.

The sixth season was also hosted by Bachchan, commencing on 7 September 2012, broadcast on Sony TV and received the highest number of viewers thus far.

Bachchan is known for his deep baritone voice. He has also a playback singer and presenter for numerous programmes, He is also lent his voice to many movies and television series such as Balika Badhu, Tere Mere Sapne, Parineeta, Jodhaa Akbar, Swami, Krrish 3, Mahabharat.

Why Book Amitabh Bachchan Through ArtiseBooking?