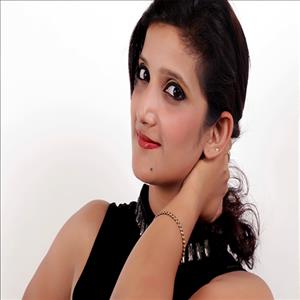 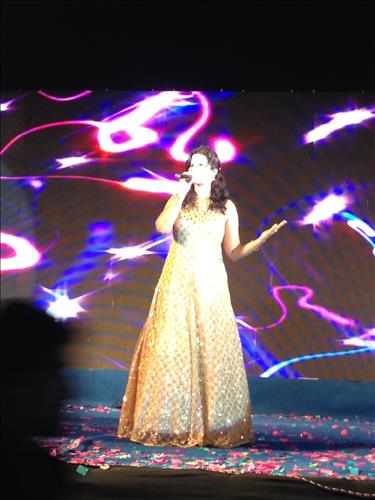 Born on 8th of October 1988 at Raipur (Chhattisgarh).my deep interest not only in the fieldof music but in the entire field of art & culuture since my childhood. I received my initial classical music training from the eminent musician of Chhattisgarh pt.Gunwant Vyas ji.At a very young age of 14years I could complete my vid (B.A. in music) with distinction every year, from Indira Kala Sangeet Mahavidhyalay , Khairagad Chhattissgarh. Presently being a student of Physiotherapy under Pt. Ravishankar Shukla University Raipur Chhattisgarh…..I've just released her debute solo album “Love In Air”,which was distributed by Koutons all over India as a compllimentry copy with their outfits…..The same album being liked by Vision corporation (a music company) is going to be available in market for sale in name of “Its All About Love” .You can listen her album and can have a look on her video and clips of her shows at “ www.anvimusicmania.com “ I’ve given my voice for more than 50 hindi dubbed versions of tamil , telgu , gujrati , malyalam Punjabi , Bengali and Chhattisgarhi movies…..such as Indira , Don No.1 , Indrani , Return Of Badshah , etc. Recently I’m giving my voice for daily soaps such as : swami narayan in colours , meera in ndtv imagine and ramayan in DD1 I’ve also given my voice for animated movies like cindrella and lion king. I’ve recently done a voice over for Grand TV. I’ve the distintion of winning awards for my magnificient performances exhibited in various functions mentioned below : - • First stage performance at age of 7 in annual function of Pt.J.N.M. Medical collage Raipur. • Won laurels by winning the IMA Trophy through my grand stage performance only at t he age of 8 in All India Medical Science Conference. • I was awarded by “Surshree” puraskar in youth festival of state , organized by Rotary International . • My “Vande Mataram” recital at the time of newly formed state chhattisgarh’s function , organized by Youth Welfare Department of Chhattisgarh not only made the audience spell bound but also drew special acclamation by none other than the first chief minister of the state Mr.Ajit Jogi ji.he remarked “Is the girl presenting the song mini Lataji!”This performance left such an impression on audience that I’m still been invited specifically to perform “vande Mataram” on specific occasions. • I won the coveted “Chhattisgarh Idol” award jointly organized by Mahakaushal Kala Parishad and Lalit Kala Academy New Delhi. • Under the able guidance of renowned music director Shri Rabindra Jain I’ve presented a couple of performances across the country including the annual show organized by Chhattisgarh Sanskriti Vibhag at Rajim • I’m giving her performances all over the country few recents are Delhi , Jalandar ,Indore, Raipur , etc…….

Why Book Anvi Sarkar Through ArtiseBooking?