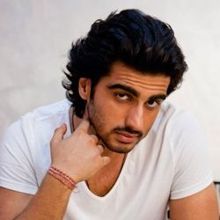 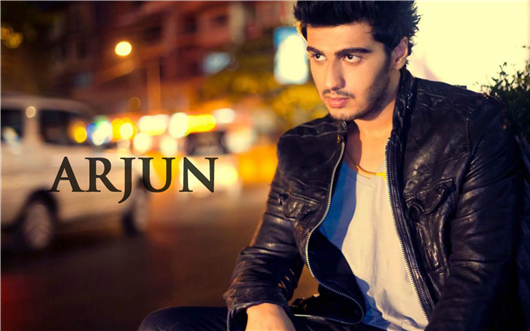 Arjun Kapoor is an Indian Bollywood Actor. He was born on 26 June, 1985 in Mumbai, Maharastra, India. He is the son of one of the known producer Boney Kapoor and Late Mona Shourie Kapoor. He made his debut in bollywood through the Habib Faisal romantic drama Ishaqzaade for that movie he recived a nomination at Filmfare Awards for Debut. Recently he worked in Gunday movie his co-actor Raveer Kapoor and Priyanka Chopra which was successful in box office for this he got positive reviews for his performances.

He made his debut with Habib Faisal's Ishaqzaade opposite Parineeti Chopra. The film became a commercial success and earned positive critical reception. Kapoor's performance in the film attracted critical appreciation. Taran Adarsh from Bollywood Hungama stated that "Arjun Kapoor makes a fantastic debut. He has a peerless body language and a 'I-don't-give-a-damn' kind of an approach in the movie. He comes across as fiery and rustic and at the same time self-assured and assertive in this reckless and intrepid character.

In 2014 he appeared in Gunday opposite Ranveer Singh and Priyanka Chopra where he played of Bala- one of the goons. The movie was critical and commercial success and Kapoor's performance was praised Along with Singh and Chopra. His next featured in Karan Johar and Sajid Nadiadwala's joint production 2 States with Alia Bhatt. The movie which released in April 2014, was an adaptation of Chetan Bhagat's novel of the same name the film gained him immense critical appreciation. It was stated by Sarita Tanwar from DNA "Arjun, who doubles as a narrator impresses with a role totally unlike anything he has done before". Also Kusumita Das from Deccan Chronicle pointed, "Arjun on the other hand, gets to show his range as an actor as his character is deftly explored as the son, the lover and the prospective son-in-law. The actor leaves an impact as a devoted son to his mother and an estranged one to his father." His film 2 States is his biggest Blockbuster hit film. His performance is well-praised. He will star in Homi Adajania's satirical English film Finding Fanny Fernandes opposite Deepika Padukone. Also Amit Sharma's remake movie of Okkadu, Tevar stars opposite Sonakshi Sinha.

Why Book Arjun Kapoor Through ArtiseBooking?