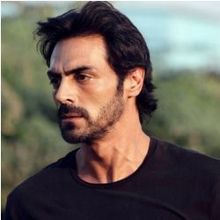 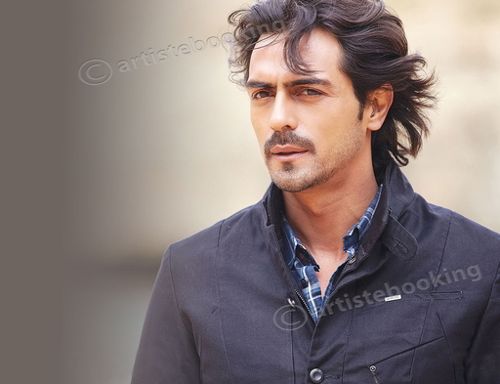 Arjun Rampal (born 26 November 1972), is an Indian film actor, producer, model and a television host. He works for Bollywood movies. He made his acting debut in Pyaar Ishq Aur Mohabbat (2001). The film was not a success but Rampal was appreciated for his performance and received several awards for his work in the movie including a nomination for the Filmfare Award for Best Male Debut. Rampal's early career was a string of consecutive lead role films that were failures at the box office but received critical acclaim for his performances with some of them being Dil Ka Rishta (2003), Asambhav (2004) and Yakeen (2005). Rampal got his breakthrough role in Don - The Chase Begins Again (2006). Rampal's well-known films include Aankhen (2002), Om Shanti Om (2007), Rock On!! (2008), Raajneeti (2010), Ra.One (2011) and Chakravyuh (2012). He started his career with a reputation of romantic hero by acting in romantic movies such as Pyaar Ishq Aur Mohabbat (2001), Deewaanapan (2001), Dil Hai Tumhaara (2002), Dil Ka Rishta (2003) and Humko Tumse Pyaar Hai (2006) but shifted to action and thriller genres with films like Asambhav (2004) and Yakeen (2005). Rampal has maintained a position in the industry on the basis of his consistent performances that have earned him critical acclaim. In his decade-spanning career, Rampal has won numerous awards and nominations. He has won the National Film Award for Best Supporting Actor and the Filmfare Award for Best Supporting Actor for Rock On!!. He was voted as the most desirable man in the Times Most Desirable Men 2012 online polls conducted by the Indiatimes Group. Arjun Rampal married former Miss India and supermodel Mehr Jesia.

Why Book Arjun Rampal Through ArtiseBooking?