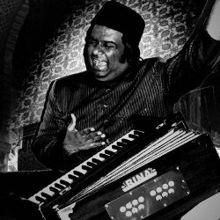 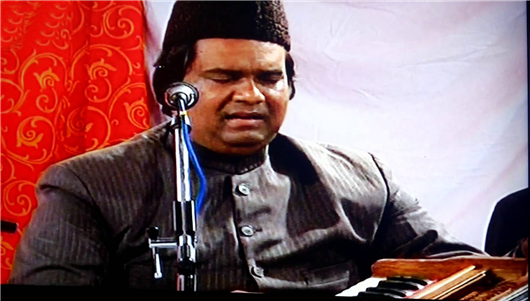 Ateeq Hussian Khan is an Indian Classical, Sufi and Qawwal singer. Ateeq was born on 1980, in Hyderabad, Andhra Paradesh, India. His full name is Ateeq Hussain Khan Bandanawazi Al-Hashmi Qawwal, and his Qawwali group is known as Bandanawazi Qawwal. He is also performed in Common Wealth games in 2010 Jashn-e-Dilli and Urdu Heritage Festival which was Oganised by Delhi Govt. Bandanawazi Qawwal received sangeet ratna samman. from Mahrashtra Art & Culture Department in 1998 presented by Sushilkumar Shinde.

His started training in classical music from his father from the early age of five years and participated along with him in Qawwali programs. He learned various forms of classical singing like Dhrupad, Khayal, Thumri, Bhajan, Dadra, Tarana, and so on from his father Ustad Iqbal Hussain Khan Bandanawazi. His voice and style have a striking resemblance to his father.

2010 he has Performed at the Delhi Common Wealth games Program JASHN-E-DILLI and Urdu Heritage Festival which was organised by Delhi Govt. His Memorable Performances are at Hazrath Rumi The Sufi Festival of India and at Sacred Music Festival Organized by Dalai Lama Organization.