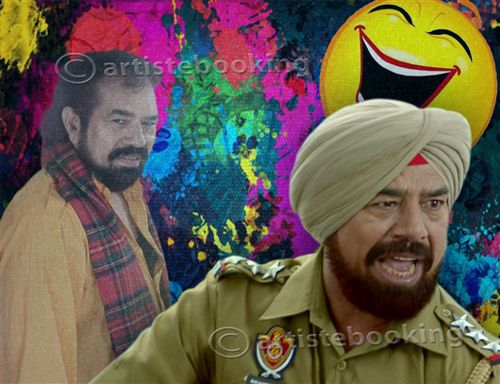 About B N Sharma

Shampy Da Daddy aka B N Sharma, a worthy Punjabi actor is all geared up for his upcoming film Dil Sada Luteya Gaya. He was in Jalandhar for the shoot recently. During his visit, he shared his plight in the Punjabi Film Industry with Punjabi Mania. Every director loves him for the perfection he puts in his work. The story of B N Sharma is alike the young and budding actors of Cinema. Born and brought up in Delhi, his parents wanted him to become an engineer. But his passion for theater motivated him to leave his family behind during his Bachelor’s degree. He shifted to city beautiful, Chandigarh at his Uncle’s place and served as a Police Constable for around 25 years along with acting. Sharma started his innings in movies and got his first break in flick ‘Baisakhi’ in the year 1987 followed by another super hit movie ‘Mahaul Theek Hai’ in 1999. And today, Sharma has more than 70 Punjabi movies under his kitty and has signed more ten-twelve movies back-to-back. Sharma has been recently honored with Best Actor in Comic Role Award

Why Book B N Sharma Through ArtiseBooking?