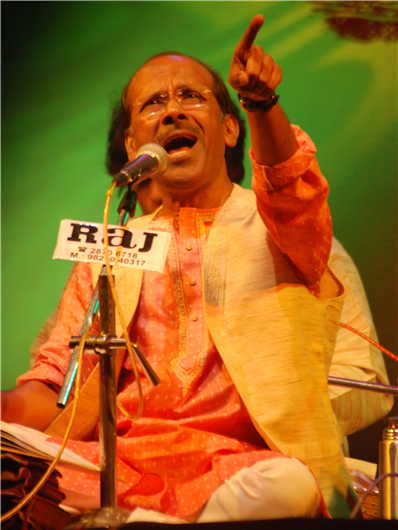 Bhimrao Panchale ( March 30, 1951) is noted Marathi poet and Ghazal singer from the state of Maharashtra, India. He is known as Ghazal Nawaz (Prince of Ghazals) for his exposition of the ghazal form of poetry and its adaptation to the Marathi language. He started singing Marathi ghazal along with Urdu ghazal on same stage,made the concept very popular in urban as well as rural areas in Maharashatra, from past 40 years Bhimrao is singing Marathi ghazal and still counting. He has introduced many Marathi shayar (poets).