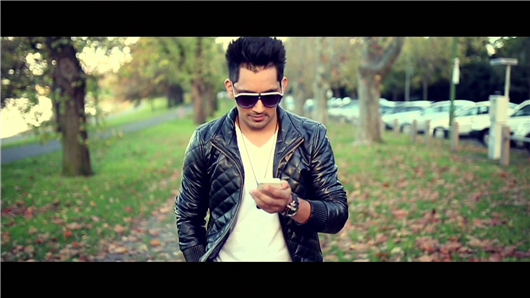 Babbal Rai (born 3 March 1985) is an Indian Punjabi singer, song writer and film actor. His real birth name is Simranjeet Singh Rai.. Born in Samrala, a city in the Ludhiana district of Punjab, India, He graduated from DAV College, has always enjoyed a passion towards cricket. He was trained by Yograj Singh (father of Yuvraj Singh) and aspired to be a cricketer, later he moved to Melbourne where he uploaded a video called "Australian Challa" which made him a YouTube sensation, later the adopted version of the song was released in the Bollywood movie Crook. He rose to fame from the song Nikki Jehi Jind. He also starred in the film Mr & Mrs 420, along with Jassi Gill.

Early life
Babbal Rai was born in Samrala , a city in the Ludhiana district of Punjab (India).His birth name is Simranjit Singh Rai. His father,Late Sardar Manjit Singh Rai was a theatre artist and his mother Sardarni Nirmal Kaur is a housewife. He spent his early childhood in the city of Samrala where he did his schooling form National public school and then moved to Chandigarh and completed his formal education and graduated from DAV College, Chandigarh. In 2007, he went to Melbourne for studying further and enrolled himself in the course of Community welfare since, then, he did all the odd jobs to survive, till, his Australian Challa video became viral on YouTube in 2008.

Music career
Babbal Rai made his debut with the album SAU PUTT which too brought him into the limelight in the Punjabi music industry. His album, which was brought by the label Point Zero in March 2010, the album however was not a huge hit as Rai was unable to come to India and promote his album.while he worked and collected money for making music and videos.In 2012 he released his single track "Sohni".It is reported that Rai feels that his claim to fame is to sing what he feels from his heart.The tracks Sohni made him an instant success followed by Taur and Tere Naam.Rai also sang his first playback song for Jimmy Shergill's Punjabi film Rangeelay and this has been his only known playback track uptill now. His multi starrer project for 9X Tashan "Kudi Tu Pataka" was released the following year and was highly acclaimed by the audience. In 2014 Babbal released[14] his second album Girlfriend under the label Speed Records in which the tracks like "Yaarian", "Tere layi", "Tuttian", "Jattan da Munda" were a huge success. The song Akh Teri was the most acclaimed track in the album. He released videos of five songs- Akh Teri, Jattan Da Munda, Yaarian, Tere Layi and Girlfriend- from his album "Girlfriend" which were huge hits.In March 2015, he released his single track "Youngster Returns" with the other Punjabi singer Jassi Gill.

Film career
He started his film career by special guest appearance in the Punjabi Film in Singh vs Kaur in 2013 starring Gippy Grewal and Surveen Chawla. In 2014 he featured in his debut film Mr and Mrs 420 along with Jassi Gill, Yuvraj Hans, Binnu Dhillon, and Jaswinder Bhalla and appeared in a dual-role cameo, a first in Punjabi film industry.