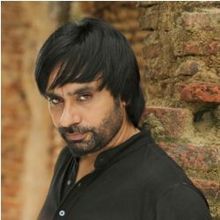 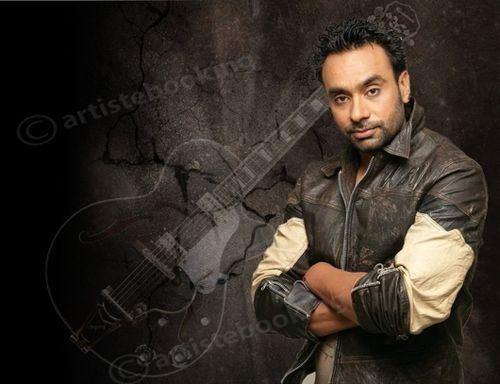 Babbu Maan is an Indian Punjabi Singer. his birth name is Tejinder Singh Maan, he is also known as Khantwala Maan, Khantiya or Maana Da Maan. He Was bron in Village Khant Maanpur District Fatehgarh Sahib, Punjab on 18 March, 1975. Maan is also a Songwriter, Music Director, Actor and Film Producer. Babbu is the yongest one in his family he has two 2 sister's are Rupi and Jassi, he is the only one boy in his family. He has a passion for music from his childhood.

Babbu Maan is famous Songwriter, Singer, Composer. He is also famous for his distinctive Song and Lyrics, Babbu sung & write only his own songs. Babbu started song writing from his age of 16 when he was in college, Punjab university, Chandigarh. after completed his studies, he started singing and lyric writing. Babbu recorded his first album Sajjan Rumaal De Geya in 1988, but that is not so popular. after some break, frequently he released some albums.

Babbu's Official Debut album was "Tu Meri Miss India" in 1999, and become popular in punjab, India and Punjabis Abroad. In 2001 Maan released his 3rd album "Saaun Di Jhadi" which is also a popular ablum by him, the most famous are from his last specified album such as Raat Guzarlayi, Dil Ta Pagal Hai, Ishq, Kabza, Touch Wood and etc.

In 2003, Babbu Maan wrote and sang for the Hindi movie Hawayein where he worked alongside reputed Indian playback singers Sukhwinder Singh and Jaspinder Narula. He released his fourth album Ohi Chann Ohi Rataan in 2004, followed by Pyaas in 2005, a best-selling Punjabi album of the time. In 2007, Maan released his first Hindi album entitled Mera Gham, and in 2009, his first religious album Singh Better Than King. A song from the latter, Baba Nanak, a reaction to fake saints and preachers in Punjab, caused various debates about the growing phenomenon in the state. On 4th July 2013, Maan released his new album Talaash: In Search Of Soul, his first Punjabi commercial album after eight years. The album entered at the top of the iTunes World Albums charts in Australia, Canada, New Zealand, the UK and the USA.

Maan only sings in punjabi Language and lent his voice for panjabi moives, he sings in many punjabi songs for bollywood movies like Crook, Saheb, Biwi Aur Gangster and etc. He is compose and write a song for Yash Raj Chopra Banner film Chalte Chalte.

Babbu is also performed across Asia, Australia, Europe, North America and Middle East. Maan owns the music label Swag Music and is keen to promote new talent. He is the ambassador for One Hope, One Chance, a non-profit organisation based out of Punjab.

Babbu is also acted in some Moivies and his own Videos after some time is also Debut in movies in 2003 with Hawayein, That movies was banned in India but got huge success in other Countries. Babbu acted in lead role in Punjabi Movie Rabb Ne Banaiyan Joiean. After tow year break Babbu come back in moivie with Hashar in 2008. Since then he write, acted and produce his own movies like Ekam, Hero Hitler in Love and Desi Romeos.

In 2010 he formed his own Maan Films Pvt. Ltd, through to his banner he produce and directed his first movie "Ishqpura" in village.

Why Book Babbu Maan Through ArtiseBooking?