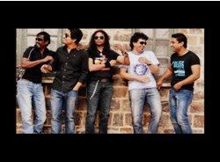 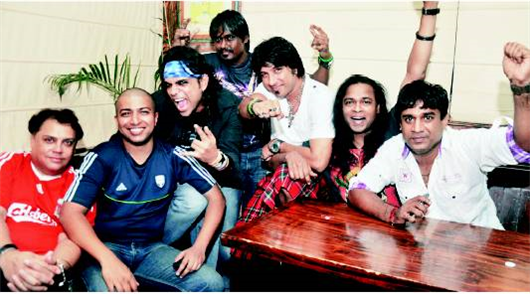 Bandish was formed in the year 2006 by one of India’s most respected drummer and percussionist Christopher Powell. The band released their first album titled “KaiseKahoon” with three music videos under a music label called Times Music. Their song “Goonj” held No. 3 position for 10 weeks on the MTV World Chart Express in 2006, No. 2 on B4U Music Charts and No.7 on Channel V- Top 20. Bandish was nominated for The Best Band of the Year (2006-2007) at the Jack Daniel Rock Awards 2007.

The band released their second self-titled album featuring national and international artistes, under the flagship of Universal Music with a three year contract and a three album deal.

The title song “Bandish,” features world renowned U.K. based percussionist Pete Lockett. The song went to No. 1 position on B4U Music charts. Comprised of six musical Einsteins Bandish is a fire power live act. Specialists in entertaining the crowd, they are proficient in the genre of Indi-pop, Classic Rock, Sufi Rock and the very popular Bollywood Hits.

Every song performed is chosen keeping their target audience in mind, rendering a version of their own which is both entertaining and unique.

Why Book Bandish Through ArtiseBooking?