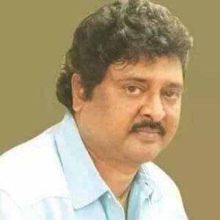 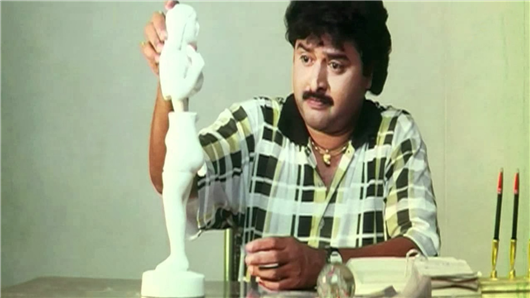 Sudhakar is a popular South Indian film Actor and Comedian. He was born on Februbary 1, 1956 in Markapur, Hyderabad, Andhra Pradesh, India. He worked in more than 600 films in Telugu, Tamil, and Hindi Lannguages. He also produced several films in Telugu, including the super hit film Yamudiki Mogudu.

Sudhakar was born in Markapur, Hyderabad. His father was a Deputy Collector so, his education never happened in one place. It was all over Andara Pradesh. He studied till intermediate and then joined Mardras film institute and ventured into films.

After Intermediate Sudhakar went to Madras and joined the film institute. There he met Chiranjeevi along with Narayan Rao who happen to be his classmates. Among the three friends, Sudhakar got the first chance to act as a hero with actress Radhika in a Tamil movie Kizhakke Pogum Rail which was a super hit. He then established himself as an actor in Tamil doing 45 films, out of which 3 of them enjoyed a 100-day run. He and Radhika were a hit pair at that time, both of them acted together in some films. In spite of a comfortable hero status in Tamil films Some politics in Tamil filmdom made him come to Telugu films.

In the beginning days in Telugu film industry he acted as a lead actor in films like Srushti Rahasyalu, Oorikicchina Maata, Bhogi Mantalu and others. He then started doing comedian roles which fitted him well. He is famous for his peculiar voice modulation, He became a popular comedian in 80's and 90's by his dialogue pronunciation. He won the Nandi Awards twice for the films Subhakankshalu and Snehitulu.

Why Book Betha Sudhakar Through ArtiseBooking?