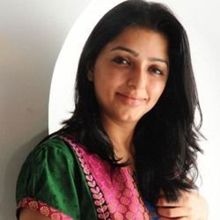 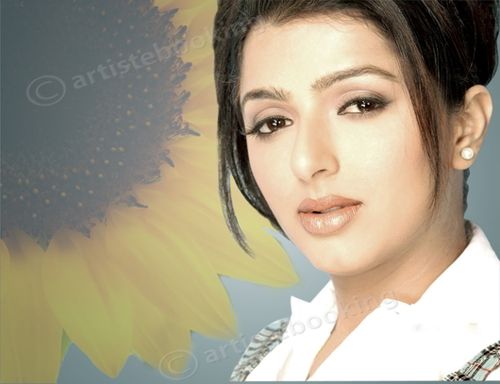 5' 3" tall, Bhoomika Chawla alias Rachna Chawla was born on August 21 in New Delhi. Her father was a military officer who was posted in various places across the country, so she saw much of India. Her elder brother is also a military officer. Bhoomika finished her schooling in Delhi and moved to Mumbai in 1997 for work on her career starting in ads and music videos. Her campaign for Ponds talcum powder became popular and inevitably, film offers followed. She got an offer from the Telugu film industry and though "Yuvakudu" (2000) was her first movie, she became popular with mega hit "Khushi" (Telugu). She won the "Best Actress Award" for the film Kushi. The Punjabi-speaking Chawla family welcomed their youngest and latest arrival, Rachna, on August 21st 1978 in Delhi, India. They would call her by the nickname of Guddiya. Her dad is an officer in the Indian Army, her mom's name is Bali. Her brother, too, is in the Indian Army. She has an elder sister. After completing her schooling in Delhi, Rachna, began her career with Hindi music videos albums, appeared in 'Ponds Talcum Powder' advertisements amongst others, and then went on to star in 'Yuvakudu' in Telegu opposite Sumanth in the year 2000. This is how Rachna became Bhoomika. Her second release 'Khushi' in Telegu bagged her the best actress award. Since then she has acted in about 25 Hindi, Telegu, and Tamil movies. Her debut in Bollywood was in the 2003 hit 'Tere Naam' opposite Salman Khan. She has not only acted opposite Salman Khan, but also with Abhishek Bachchan in 'Run', and has recently been involved in the filming of 'Gandhi My Father' and "Benaam' which are to be released in the near future.

Why Book Bhumika Chawla Through ArtiseBooking?