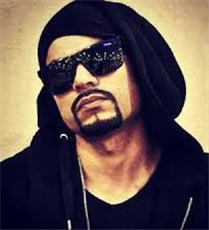 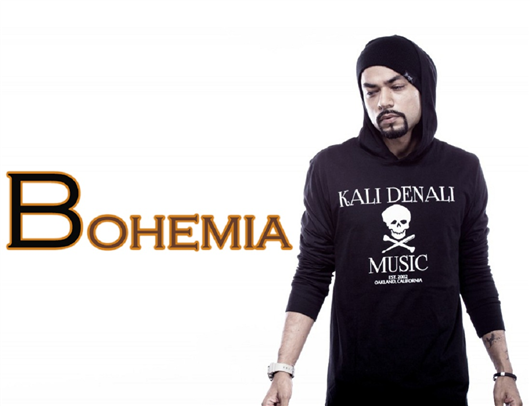 Roger David was born on 15 October 1979 , known world wide by his stage name Bohemia or Raja is a Pakistani American, Punjabi rapper and a music producer from California. He is also knwon as the King of Punjabi Rap. Bohemia is the founder of Punjabi Rap. Bohemia quickly gained popularity in 2002 with his independent first album, Vich Pardesan De (In The Foreign Land) which reached the Top 10 on BBC Radio 1 UK. The following album, Pesa Nasha Pyar, released in 2006 became the first full-length Punjabi-rap album released by a major record label. It brought Bohemia increased popularity, including a multi-record deal with Universal Music Group Pvt. Ltd. India. It also brought his creation of Punjabi rap to mainstream recognition making Bohemia known as a pioneer of a new genre of music: Desi-hip-hop or Desi-rap. He entered Bollywood in 2009 with the title track for the Warner Bros. feature film Chandni Chowk to China, in which he appeared with Akshay Kumar and Deepika Padukone. His voice was used for the film Desi Boyz, rapping to set the scene for Sanjay Dutt's cameo with Akshay Kumar, John Abraham, Deepika Padukone and Chitrangda Singh. Da Rap Star, his third album, received four nominations at the UK Asian music awards and PTC Punjabi music awards, including Best Punjabi Album and Best Music Director. Bohemia is 3 on the Top 15 Desi Artists of the Decade. "This list is like no other," said Urban Desi radio. The list has artists that came onto the urban Desi scene and changed it forever. He released the album Hazar Gallan in 2012.

Why Book Bohemia Through ArtiseBooking?