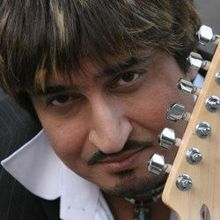 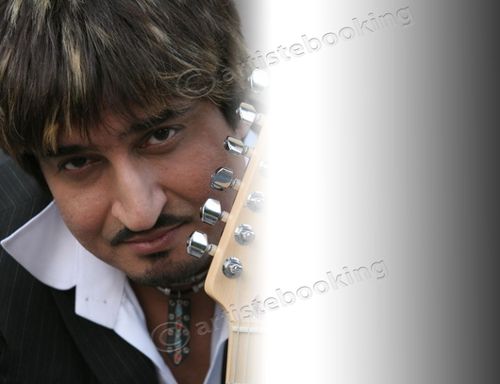 Bombay Vikings is a famous Pop and Rock Band. The Band was formed in 1994 in Stockholm, Sweden, that combine Indian Filmi and Classical Music. The Vikings Band started by Neeraj Shridhar, Oscar Soderberg and Mats Nordenborg. They become popular with remixes of old Bollywood hits such as Kya Soorat Hai, Woh Chali and Chod Do Anchal. The Group become popular in India, Pakistan as well as Overseas among the indian music community, due to its unusual combination of music in Bollywood and European experimentation. It is the first who sung in Hinglish language, a mix of Hindi and English.

The leader of the band Bombay Vikings is Neeraj Shridhar basically hails from Jalndhar, Punjab, India. Neeraj moved to Sweden when he was just 13 and developed a liking for music. He always wanted to create something different and with Bombay Vikings he made that a reality.

The Leader of Bombay Vikings is Neeraj Shridhar. Neeraj Shridhar is Basically from Jalandhar in Punjab, India. He moved to sweden with his family at the age of 13, where he developed his interest in music. Neeraj love to listening songs of western and classical style.

Bombay Vikings were formed in 1994 in Stockholm, Sweden. Mats introduced Neeraj Shridhar and Oscar Soderberg to each other. The band was formed primarily due to a common interest in Indian melodies from sources such as Hindi films and classical music. Neeraj became the lead vocalist and back-up guitar, and also composed pop rock, jazz, hip-hop, soul, and reggae songs. Mats played the saxophone; as a jazz specialist, he used this knowledge while composing for the new band. Mats and Johan Folke, keyboard specialists, used their years of exposure to the different genres of music on the synthesizer. They were soon joined by Morgan on the drums, Par on the bass, and Staffan as the lead guitarist. Bombay Vikings began performing live shows in Sweden and Norway. When all the musicians got together and began jamming, they didn't know they would be coming out with a new form of music, but they wanted to do something creative for India.

Neeraj produced his first album, Kya Soorat Hai, in 1999, that they take a break for 4 years, after his first album because most of companies didn't like their first album because of the mixture of western, indian classical music. At Last, Sony BMG produce the album in India without any changes The album consisted of eight tracks, all songs are remark of old Indian Songs. Every songs primarily recorded in English and little mixture of hindi. Inspite of this, The album was a huge success in all over India. The Song "Kya Soorat Hai", "Mona Re" and Night Is So Perfect" were very popular songs in teenagers.

Soon after the success of their first album, Bombay Vikings recorded another successful album, Woh Chali, in 2000. The album contained four remakes of old songs and five original songs, in which Neeraj Shridhar, who wanted to be known as a modern music composer, attempted to silence the critics who said he simply "copy and pasted." All of the songs on this album were hits, especially "Woh Chali", "Jambola", "Angel Eyes", and "Jump Up". "Angel Eyes" was also an international success.

Singer Lata Mangeshkar was impressed with the remake of her song "Main Chali" and invited Neeraj to perform at her birthday function. Three songs of the album were made into videos: "Woh Chali", "Jambola" and "Angel Eyes".

Following the two successful albums, 2002 saw the super hit music album of Bombay Vikings, Hawa Main Udti Jaye. The album was a thumping success and established the group as the only source to be looked upon for newness in music.

In 2004, the band came out with an album called chod Do Anchal Zamana Kya Kahega. This song and the album were a great hit and it paved the way for many others to start remixing songs of yesteryears and make some easy money.

The success of the band continued when they released their most recent album, Zara Nazron Se Kehdo. This song and its video, which starred Bollywood actress Celina Jaitly, was a hit. The song "Mere Dil Ne" was made into a video. After this album, Neeraj chose to take a short break which has become an extended break. Bombay Vikings has announced a forthcoming album entitled "U n I" but a release date has yet to be announced. Neeraj started working as a Bollywood playback singer in 2006, and has sung for many Bollywood films.

Why Book Bombay Vikings Through ArtiseBooking?