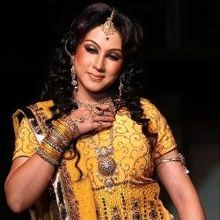 Chandrayee is an Indian Bengali Actress she has been working in entertainment industry since 2003.

Chandrayee made her debut in films through Sekhar Das "Mohul Bener Sereng" after that she appeared in Tista in 2005, Manush Bhut and Dosar in 2006 and Kaal in 2007 in 2008/09. She announced the beginning of her directorial venture with Sama. The films dwells on homosexuality, as per her it is based on her own story and music and the music will be composed by the actor Parambrata Chatterjee.

After that she will be seen in a next megaserial, Dushaha Bash, based on Zee Bangla she is currently active with number of serails among them major one are behula as in Hindu Goddess Manasa, Ekhane Aakash Neel and Sindoor Khela all three telecasted on free to Air channel Star Jalsa.