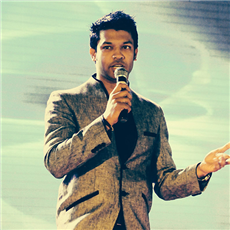 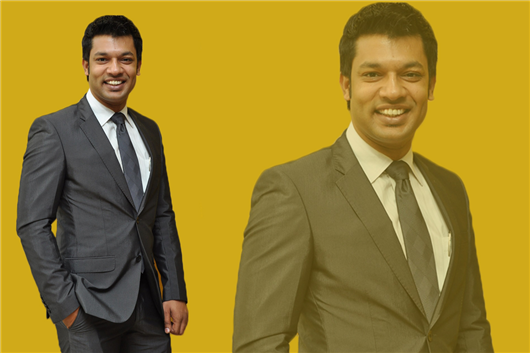 A Storyteller. A worshipper of kinship. A Bard who binds the event and the audience into a merry union of bliss.
Call him the host, the Emcee, or the Master weaver of Yarns –Chaitanya Rathi keeps your show together.
‘Live to Talk, Talk to Live’ is the motto that the adept Chaitanya has perfected to an art. This is his métier, his craft, his calling.
The Story
Right from his college days Chaitanya has always been the ‘master of the ceremony’. Early in his career, he was exposed to the stellar performances of SRK and Saif as they rehearsed (Filmfare Awards), Indian television hosts like Shekhar Suman and Javed Jaffrey as they conquered the minds of their television audiences and many more.
A Post Graduate Diploma in Event Management was followed by a brief stint in
modelling after which Chaitanya went on to pursue formal training and certification in British English Voice and Accent from the University of Cambridge, UK.
That was over seven years ago.
Since then, Chaitanya has compered uncountable shows in English, Hindi and Marathi, across the country. He has also rendered his voice in Indian, US/ UK English, Hindi and Marathi accents.
From corporate events to celebrations, concerts to parties, glamorous beauty pageants to managing professional conferences, cricket matches and ‘live’ music shows, Chaitanya’s repertoire is varied.
His Skills
Inspired by the stalwarts of compering, Chaitanya has honed his skills to perfection over the years. Right from introducing the show, dignitaries, guests and performers, and keeping the flow and theme of the event uppermost, he has a phenomenal aptitude to hold the audiences’ interest till the very end. His ability to engage the audience for maximum participation and interaction have made him the master of the game.
He has an innate and instinctive understanding of the pulse of the audience. He engages, inspires, and infuses enthusiasm and fervour, almost effortlessly. What also stands Chaitanya a notch above all the others is his impromptu sense of humour that helps form an instant connection and bonding with the audience.

Why Book Chaitanya Rathi Through ArtiseBooking?