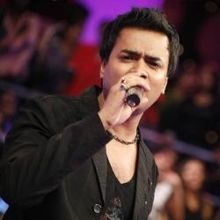 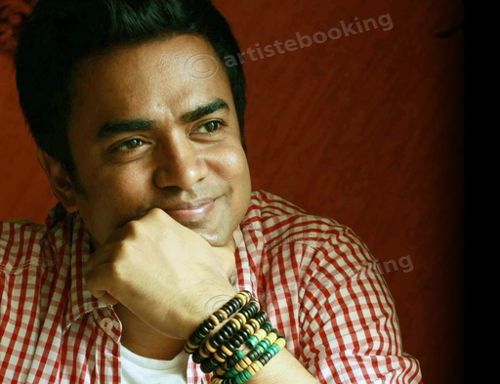 Debojit Saha born in Silchar, Assam in a Bengali Hindu family) is Indian-Bengali singer and was the winner of Zee TV's reality series, Sa Re Ga Ma Pa Challenge 2005. He is a Silcharite.

Debojit was placed in Ismail Darbar's Yalgaar Ho Gharana and then started to gain public attention by going through the initial rounds by being chosen by the judges. In the final 12, he was only in the bottom three once. On February 24, 2006, he was announced the winner of Sa Re Ga Ma Pa Challenge 2005 .

He has lent his voice in Bollywood movies 88 Antop Hill & Jimmy.

Debojit sang the song O more jaan in the Assamese film, Jonda Iman Gunda. Simultaneously, he is singing at various concerts and practising a lot to improve his singing skills. Debojit B is now busy in Assamese as well as in Bengali and in Bollywood music industry.

He is one of the 14 contestants in the season 2 of TV reality show Bigg Boss. He is very good natured and a consistent contestant of Big Boss 2.

Debojit and his wife Vandana had their first child Dhanika.

He born and brought up at Silchar, Assam and studied civil engineering at SILCHAR POLYTECHNIC. He has a good friend circle one of them has name is very famous Shibasish Nath, panibhora Cachar, Assam. The other one is Pritam Dhar.

He participated in STAR Plus's reality show Jo Jeeta Wohi Super Star. His talent was highly appreciated by music composer duo Vishal-Shekhar in this show. But unfortunately he was voted out from the show.

Why Book Debojit Saha Through ArtiseBooking?