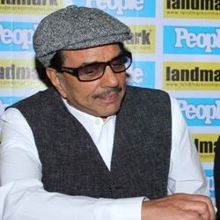 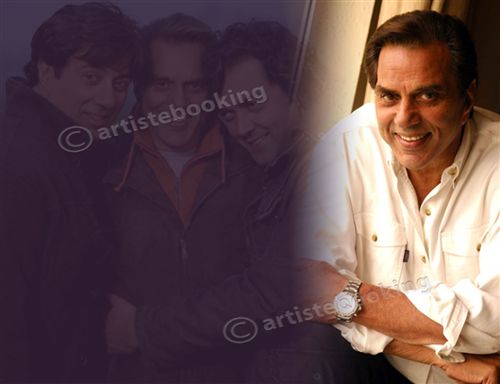 Dharam Singh Deol (Born 8 December 1935), better known as Dharmendra, is Hindi film actor who has appeared in 287 films as of 2013. Dharmendra is regarded as one of the influential actors of Indian cinema. He was 3rd highest paid Hindi actor from 1970 – 75 and 1980 - 86 and was 2nd highest paid Hindi actor from 1987-1993 along-with Vinod Khanna and from 1976-1979 was alone the 2nd highest paid Hindi actor, In 1997, he received the Filmfare Lifetime Achievement Award for his contribution to Hindi cinema. He is often referred to as the "He-Man" since 1987 as well as the Action King of Hindi cinema from 1972 – 74, having starred in numerous action films from 1971 - 1997. He was considered the most handsome actor in Bollywood in 1968. He was one of the lead actors of the all-time blockbuster Sholay (1975), and went on to star in numerous successful Bollywood films across five decades. He was also a member of the 14th Lok Sabha of India, representing Bikaner constituency in Rajasthan from Bharatiya Janata Party (BJP). In 2012, he was honoured India's third highest civilan honour Padma Bhushan by the Government of India.His first marriage was to Prakash Kaur at the age of 19 in 1954. His second marriage was with actress Hema Malini and for this they both converted to Islam which was nominal and for convenience only as Hema Malini remains a strong practising Hindu and Dharmendra Sikhism.

Why Book Dharmendra Through ArtiseBooking?