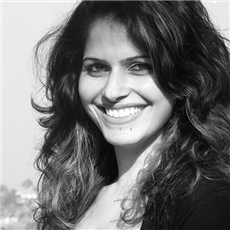 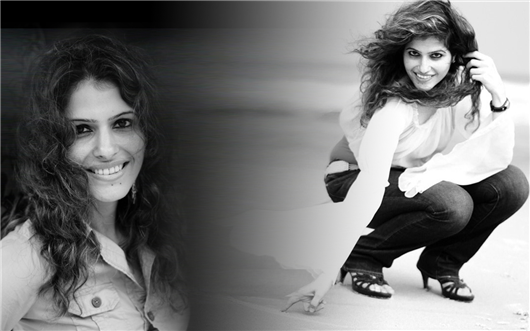 DILRUBA is a true multi-faceted artist : a model, singer, actor, emcee and VJ
With her lethal combination of beauty and brains, her alluring, high energy personality, her silken voice, glamour and bountiful sense of humor, she hits the stage to entertain, creating excitement and euphoria wherever she goes. She's been thrilling audiences with her spell-binding talent for half a decade, always creating a unique connection with each and every audience.
Dilruba found an early love and passion for the stage at the young age of 5, when her natural talents led her parents to enroll her in drama school. This gave her the initial boost she needed to refine and train herself in speech, drama, and vocal music for over 5 years.
Her way with words and ability to speak extempore has led her to the big leagues of anchoring shows. Some highlights include a fun-filled musical night dubbed "Idol Rocks," with Indian Idol winner Sreeram and Bhoomi for the Rotary Club, Vizag. She anchored the Kailash Kher concert in Nepal, Kathmandu, where she was recognized by the Nepal Tourism industry for the success of the show. She anchored the Grand Welcome of the Delhi Daredevils to Kerala and many more. She also anchored a show called "Song 4 U" on the Asianet channel for 2 years and is a
well known famous VJ .
Dilruba has excelled as a celebrity anchor and is popularly known as Emcee Dil .
A double delightand an extra feather in her hat is, Dilruba as a Vocalist. With a voice that's distinct and full bodied, her singing hits you like a cascade of flowing notes….Dilruba took to singing at the tender age of six when children her age were grooming dolls. A prize winner at every competition since childhood, this young lass approached music with professionalism rarely found in others of her age .
Her performances have a wide repertoire of R&B, Jazz, old classics, along with contemporary and original music in Western and Hindi retro-pop. The song lists at her shows often bring back wonderful memories for the audience. Apart from live performances, Dilruba has done her share of session singing for jingles and corporate theme songs and has garnered interest from the music film industry.
Dilruba has the distinct vocal style of a soul singer, able to stir emotion in every note. Her husky, full bodied tones flow out and touch each and every listener.
Often called the "Retro-Queen," she is known for her exciting and interactive live stage
performances, in addition to her session singing having garnered interest from the music and film industry and a large fan following.
Her fans have compared her to Whitney Houston, Adele, and Usha Uthup.
" When I sing for my shows , its just not me singing , it's the entire audience in trance , singing and enjoying .I make them feel that they are special and they are my super stars"
Dilruba realised that blending both her talents as an anchor and a singer together for shows has created a unique excitement among the crowd and the show highlights to progress on a grand level creating a special bond with the crowd from the beginning till the end of the show.
She was very proud of herself when she set foot on stage for the Bryan Adams' concert in Katmandu (2011) where in she sang the opening act as well as anchored the show.
In fact, this was a perfect example of blending all of her talents together, because she was the only Indian anchor to open the act, sing, and anchor for the show in front of an audience of 50,000 people. This opportunity has lead to many more performances in Nepal with the likes of Kailash Kher and Band of Boys, after which she was honored by the Nepal Tourism Industry for her work.
Due to Dilruba's talents as both a singer and an anchor, she has found great success combining the two and is now well known as a "Singing Emcee". In fact, she has grown into a celebrity for her double threat of singer and anchor.
"My ability to improvise and play off the audience helps me create a comfortable atmosphere. This, more than anything, has made me a successful anchor and a vocalist. It's God's Gift. I strive to empower them with my voice and feel invigorated by the encouragement of the audience."
As a model and actor, Dilruba has earned great success and popularity in a variety of mediums.
Her beautiful and enigmatic face has led to countless high profile modelling opportunities, including the cover page of 'Parpidum,' a leading magazine of Malyalam Manorama, as well to her becoming the face of Rado watches, launching their latest collection (Vizag, 2011). A beauty pageant winner, she was crowned "The Navy Queen , Kerala" in 2009.
Her acting success includes theatre work, such as the musical "Fiddler on the Roof" and the lead role in the recent two-act play, called "All the Best" (Hindi).
But she has had equal success on the screen, with over 17 television advertisement credits on South Indian television. She was featured in the super-hit movie "Roudram," starring Mammooty and regularly receives scripts for new movie opportunities.
Dilruba's accomplishments continue to pile up. She has now performed in over 500 shows and has won accolades across the globe. Both print and electronic media continue to take notice of her wonderful work and achievements. As her popularity and fan following grows, day by day and has become one of the most sought after artists in India.
"I'm really on top of the world. I'm very proud of myself and what I have achieved so far. I surely wouldn't be thriving and at this stage of success without the great support of my family and friends."

Why Book Dilruba Through ArtiseBooking?