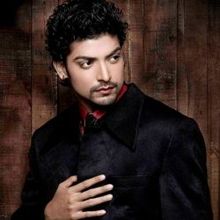 Gurmeet Choudhary (born in Bhagalpur, Bihar) is an Indian television actor, model and dancer. His real name is Gurmeet Sitaram Choudhary, he was born in Chandigarh to Sitaram Chaudhary Family, His father was a retired subedar major in Indian Army. He was brought up in Chennai and Jabalpur. He is become known form his one of the popular show Ramayan and Geet Hue Sabse Parayi and Punar Vivah. Currently he participated with his wife Debina in Fear Factor Khatron Ke Khiladi Season 5.

Gurmeet Choudhary was bron in Sitaram Choudhary on 22 February, 1984. His Father was a Retired Subedar Major in Indian Army, due to this he has stay in many different parts of India, However he was bron in Chandigarh and brought up in Jabalpur and Chennai. His most of education was Completed in Jabalpur and Madhyapradesh. Gumeet has a brother who is a Doctor. He has fond of acting and being an Actor in Entertainment Industry, he is also a good dancer.

At the age of 18 he joined a Theatre in jabalpur. After 5 year struggle in Industry he reached to his goal and becoming an famous actor in Small Screen. He is married to Debina Bonnerjee, his co-star of Ramayan. Gurmeet is also a won the Title of Mr. Jabalpur and he also participated in Mr. India Contest.

Gurmeet is also worked in a Tamil show Mayavi in 2006 in negetive role that time he is not gain so name in Industry. After the five year struggle in Industry he got fame through his role Lord Rama and Vishnu in Ramayan a Television Series on NDTv Imagine opposite his wife Debina who played the role of Sita in with him. He got the award for the best New Male Actor for his Role of Load Rama in Ramayan.