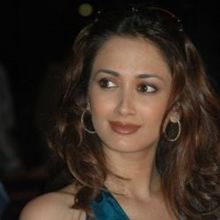 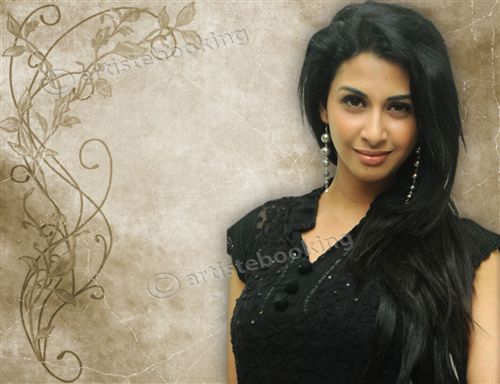 Gayatri Joshi (born March 20, 1977) is a model turned Bollywood actress. Her first and only film was 2004's Swades. She was one of the final five candidates in the 1999 Femina Miss India beauty pageant, and was crowned Sony Entertainment Chania-voted by viewers, and was chosen to represent India at the 2000 Miss International event in Japan. She has worked as an advertising model in addition to making appearances in several music videos: She appeared in music videos of Jagjit Singh’s Kaghaz Ki Kashti and Hans Raj Hans’ Jhanjaria. While she was still in college, she modeled for Bombay Dyeing, Philips, Ponds, Godrej, Sunsilk, LG as well as the Hyundai ad with Shahrukh Khan. She has also modeled for Seasons Catalogue and Calendar during 2001. She made her Bollywood debut in December 2004 in Ashutosh Gowarikar’s film Swades opposite Shahrukh Khan. The film did not do commercially well but her performance and acting capabilities were praised immensely by the critics. Gayatri was born on March 20, 1977 In Nagpur, Maharashtra, India. She studied in Mount Carmel High School in Nagpur, and when the family re-located to Bombay, and she was enrolled in the J.B. Vachha High School in Dadar. After completing her schooling she went on to study in Sydenham College. While still enrolled there, she modeled for brands such as Godrej, LG, Ponds, Bombay Dyeing, Sunsilk, Philips, as well as with Shahrukh Khan in the Hyundai ad.. She then went on to obtain a degree in Commerce from the same college. She was chosen as one of the five finalists of the 1999 Femina Miss India Contest, and represented India at the Miss International beauty pageant in Japan during the same year. After this success she returned to modeling and appeared in Seasons Catalogue and Calendar during the year 2001. On August 27, 2005, she married Vikas Oberoi, the Managing Director of Oberoi Constructions, at the Grand Hyatt Hotel. She gave birth to a baby boy on September 1, 2006. She also gave birth to a second baby boy on 27 August 2010.