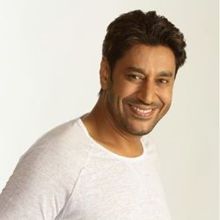 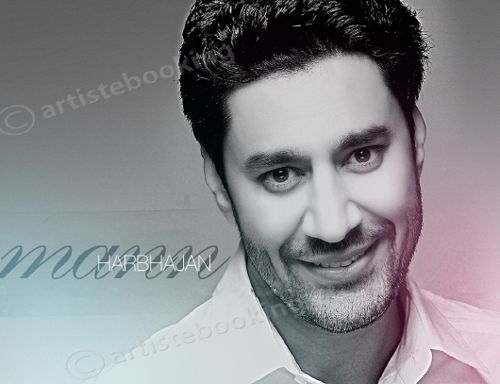 Harbhajan Maan is an Indian Punjabi Singer, Actor, Composer and producer in Punjabi Cinema. He was born in ( 30 December, 1965 ) Village Khemuana, Bhatinda, Punjab. Harbhajan got his first break in 1992 from his album name as "Chithiye Nee Chithiye" was an instant hit with record breaking sales around the world. He almost completed more than three decades in music industry. He aslo worked in Punjabi movies.

Harbhajan was born in Bathinda, Punjab. Harbhajan has fond of music from his childhood, he is a amateur singer, started singing in 1980 and performing locally for the South Asian community while still in school in canada. He was inspired by his first Guru Sharomani Kavishar Karnail Singh Paras Ramoowalia. He got his first break in 1992 and released his first album name "Chithiye Nee Chithiye" was huge success in India and all over the world. He realized that the market for Punjabi music in canada was samll and he decidede to came back in India.

After Come back from Canada to India. He record some punjabi ablums, aftersome time he got a break in 1999 through India MTV and T-Series. Under T-Series banner he released a album name "Oye Hoye" was a huge success. Harbhajan being successful with his "Oye Hoye" album, His Punjabi-Pop style attracted the audience from all over India and International. He also undertook playback singing and he lent his voice for movies and many actors.

His playback singing leads to him as actor in punjanbi movies, and he become a prominent figure in the revitalisation of punjabi cinema. He also start acting, producing and music composer for movies he produce seven such as Ji Aayan Nu, Asa Nu Mann Watna Da, Dil Apna Punjabi and many more. Harbhajan is also given many guest apperance for such as Hik Naal, Bas Kar Bas Kar, Nerre Nerre, Ik Kudi Punjab Di, Ho Janna, Maar Sutya, Jatt UK etc.

Through his worldwide singing tours, HM came to a realization that in order to keep the Punjabi language & culture alive, especially in the younger generation world over, Punjabi cinema needs to be revived as it is a very strong medium through which cultural issues & concerns can be brought forth in an entertaining way. Realistically, it is very difficult to get our young children to read Punjabi newspapers or watch the news in Punjabi but much easier for them to watch a Punjabi movie, through which they can learn their mother tongue & culture. He then used his energies, connections & sources to the max and finally in 2002, after a 3 year struggle, managed to convince Manmohan Singh & T-Series to make 'Jee Aayan Nu'. This movie certainly created history in more than one way. It was the first ever Punjabi movie to have a worldwide release, the making, canvas & the presentation was at par with any top-notch Bollywood production.

Why Book Harbhajan Mann Through ArtiseBooking?