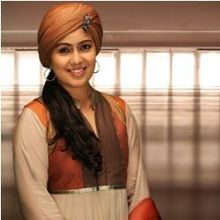 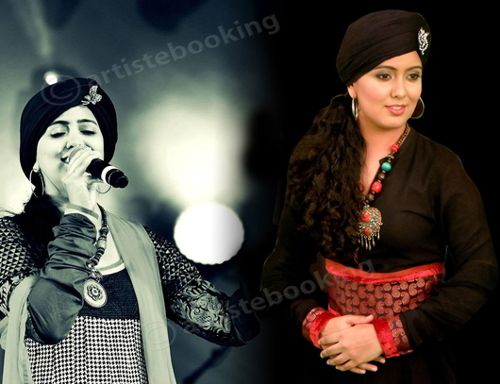 Harshdeep Kaur is an Indian Playback singer. She was born in New Delhi on December 16, 1986. She is widely Known for her Sufi Songs. She is also known as Sufi Ki Sultana. She establkished her self as Lead singer in Bollywood Movies.

Harshdeep Kaur was born on December 16, 1986 in a Sikh Family in Delhi and inherited music from her father. Her Father Savinder Singh ran a factory of musical instruments. Apart from studying, she started learning music at the age of six. She learnt Indian Classical Music from Mr. Tejpal Singh, popularly known as the Singh Brothers, and Western Classical Music from George Pullinkala, Delhi Music Theatre. Later, at the age of twelve, in order to explore the world of music, she joined the Delhi School of Music to learn piano. She is famous for her Sufi genre songs.

She has performed with some of the leading music directors (including A R Rahman, Amit Trivedi,Pritam Chakroborty, Vishal-Shekhar,Salim Suleiman) as well as on some of the leading Bollywood songs in the 21st century. These include Katiya Karun from Rockstar, Heer from Jab Tak Hai Jaan, Bari Barsi from Band Baaja Baaraat, Kabira from Yeh Jawani Hai Deewani, Ik Onkar from Rang De Basanti and many more.

Kaur won the singing competition Junoon – Kuch Kar Dikhaane Ka on NDTV Imagine in September 2008. She competed from the Sufi Ke Sultan genre with Ustad Rahat Fateh Ali Khan as her mentor. She was declared the Sufi Ki Sultana by Amitabh Bachchan who was the chief guest in the Grand Finale. The show was a competition between three genres – Sufi, Folk and Bollywood. Singers from India and Pakistan participated in the show. Kaur wore Sufi attire, especially while performing Sufi songs.

She also participate in Khatro Ke Khiladi Season 4 and won the title of Khatron Ke Khiladi.Aarti has also studied Film Making at the New York Film Academy in New York in 2012. Now she has taken part in the sixth season of Jhalak Dikhhla Jaa (season 6) and was the 6th contestant to be eliminated on July 13, 2013.

Why Book Harshdeep Kaur Through ArtiseBooking?