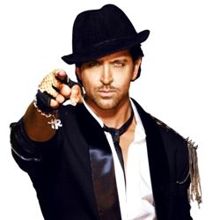 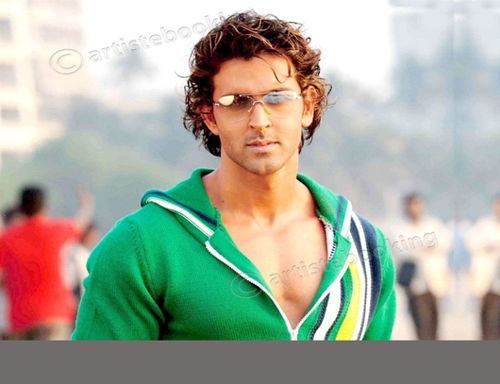 Hrithik Roshan was born on 10 January 1974 to actor Rakesh Roshan and his wife pinky Roshan is an Indian film actor.Having appeared as a child actor in several films throughout the 1980s, Roshan made his film debut in a leading role in Kaho Naa... Pyaar Hai in 2000. His performance in the film earned him Filmfare Awards for Best Actor and Best Male Debut. He followed it with leading roles in Fiza and Mission Kashmir (both released in 2000) and a supporting part in the blockbuster Kabhi Khushi Kabhie Gham... (2001).Following through with several unnoticed performances from 2002 to 2003, he starred in the blockbusters Koi... Mil Gaya (2003) and its sequel Krrish (2006), both of which won him numerous Best Actor awards. Roshan received his third Filmfare Award for Best Actor in 2006 for his performance in the action film Dhoom 2, and his fourth for Jodhaa Akbar for which he was also awarded at the Golden Minbar International Film Festival. He later received further acclaim for his work in Guzaarish (2010), Zindagi Na Milegi Dobara (2011) and Agneepath (2012), his biggest commercial success so far. Hrithik married his childhood sweetheart and longtime girlfriend, successful interior designer and businesswoman Sussanne Khan in December 2000. They have two sons: Hrehaan, born 2006, and Hridaan, born 2008.He came and asked a question from the audience “Kaho Na Pyar Hai” immediately the audience nodded in affirmative

Why Book Hrithik roshan Through ArtiseBooking?