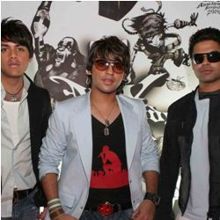 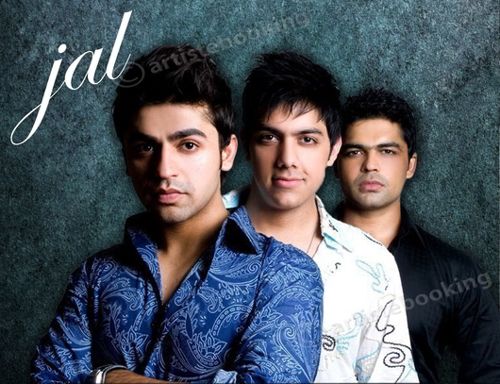 In his teens, Jal’s lead guitarist and vocalist Goher Mumtaz sold his bike, bought a guitar and hid it under his bed.

“Everybody in my family has PhD’s and are doctors, so they didn’t really understand my passion for music,” recalls Mumtaz now 29, “I’d wait for them to leave home so that I could practice.” One day, just before his Intermediate exams Mumtaz had an accident and broke his leg. Bed-ridden, he was stuck in his room for months, free to spend many hours a day alone with his guitar. This, he claims, was the turning point of his life.

The band Jal was formed in Lahore four years later in 2002, when Mumtaz, bursting with ideas, went hunting for artists who shared a similar approach to music. Initially the band consisted of Mumtaz and Atif Aslam, and the duo created their sensational debut song “Aadat”. Due to differences, they soon went their separate  ways and Mumtaz started looking for a new vocalist. He met FarhanSaeed through a mutual friend and fellow musician, Zulfiqar Jabbar Khan, and they instantly clicked. “We got a positive response with the new line up on our very first performance,” explains Mumtaz,

“and the rest is history.”

Jal’s first album “Aadat” became an instantaneous hit, and their second album “Boondh” won the Lux Style Award for Album of the Year. The song “Sajni” from this album also won the Song and  Video of the Year at the same ceremony, but the “proudest moment” for Mumtaz was when they won at the international MTV India Music Awards in 2006. “Winning in another country was an honor, especially because we felt like we represented the entire nation.”

With their third album and their first performance at Coke Studio  due this year, the band’s future looks as glorious as its past.

The band initially achieved critical and commercial success with the release of their music video "Aadat", directed by Umer Anwar, in 2003. After the success of the single, lead vocalist, Atif Aslam due to musical differences with lead guitarist Goher Mumtaz, parted ways with the band to pursue a career as a solo artist. After that Omer Nadeem also left the band and formes his own band "Sifaar". This led Mumtaz recruit musicians Farhan Saeed on vocals and Aamir Sheraz on bass guitar. The band's new lineup followed with the release of their debut studio album, Aadat, in 2004. The album was declared as the best selling album of 2004 on Geo TV by the record label Sadaf Stereo. Soon afterwards, the band recorded and released their second studio album Boondh in 2007, which topped several music charts in South Asia. The success of both the albums has led the band to achieve several awards, most notably winning the MTV Asia Award for Favorite Artist India in 2006.

On 8th Sep,2012, lead vocalist and lead guitarist, Goher Mumtaz in an interview with Rj Syed Ali confirmed that the band's third album, Pyaas, which was originally slated for a March 2012 release date, was delayed to be released on end of the year.

Why Book Jal Through ArtiseBooking?