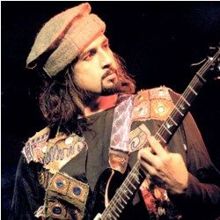 Junoon is a sufi rock band from Lahore, Punjab, Pakistan, formed in 1990. Junoon is Pakistan's most successful band; the Q magazine regarded them as "One of the biggest bands in the world" and The New York Times called Junoon "the U2 of Pakistan".Since their inception, the group has released a collective total of nineteen albums: seven studio albums; one soundtrack; two live albums; four video albums; and five compilations. Junoon is also South Asia's most successful band of all time with more than 25 million records sold worldwide. The band is directed by founder, lead guitarist and songwriter, Salman Ahmad, who was soon joined by keyboardist Nusrat Hussain and vocalist Ali Azmat.

Why Book Junoon Through ArtiseBooking?