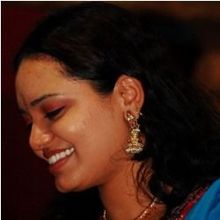 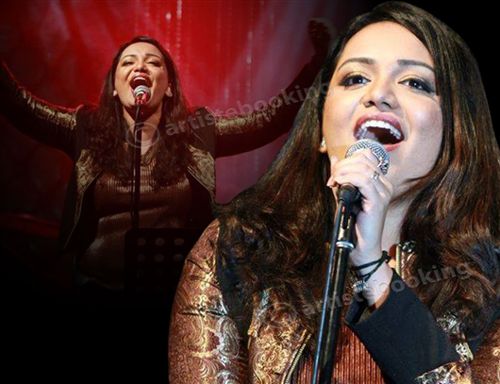 Jyotsana's interest in music started at a very young age. She has learnt Carnatic vocal under Mangad Natesan (A.I.R. artiste) and also Hindustani classical vocal under Guru Dinesh Devdas. Although she started her career in Malayalam Cinema with the song "Valakilukkam Kettedee" from the film "Pranayamani Thooval" in 2002, she shot into the limelight with the song "Sughamanee Nilavu" from the film "Nammal" after which she has had a very busy professional singing career. Till now she has sung in almost 130 movies including Malayalam, Tamil and Telugu. She also has lent her voice for 200 albums. Some of her other hits include ”Karuppinazhagu” from "Swapnakoodu", "Melleyonnu" from "Manassinakkare", "Meheruba" from "Perumazhakkalam" etc. Some of her latest films include "Classmates", "Pothen Vava", "Don", "Notebook" and "Janmam". She has traveled to the U.K., U.S.A, Australia and Singapore for musical programs and has performed with almost all leading playback singers of south India. She successfully concluded another North American tour recently with singer G. Venugopal and in August 2013 in Australia with Unni Menon performing for Malayalees in major cities. This was her first trip to Australia where she was also accompanied by Ramesh Pisharody.

Why Book Jyotsna Radhakrishnan Through ArtiseBooking?