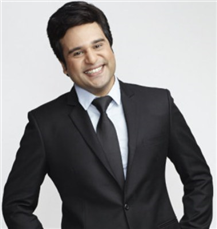 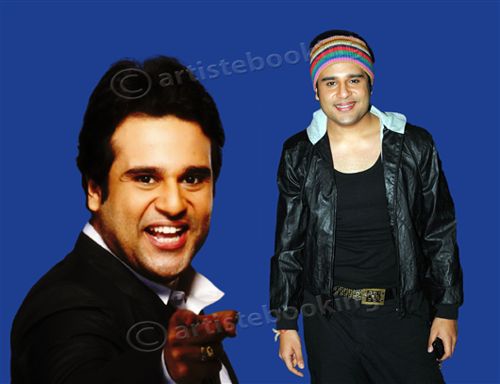 Krishna Abhishek is an Indian film actor and a stand up comedian. He is also a dancer in numerous dance reality shows, including, Nach Baliye (Season 3) (2007) and Jhalak Dikhhla Jaa (Season 4) (2010). As a stand up comedian, he made name after he participated in successive Comedy Circus seasons, Comedy Circus 2 (2008) and was a wild card entry in Comedy Circus 3 (2009) with Sudesh Lehri, apart from Comedy Circus Ka Jadoo (2010) and Jubilee Comedy Circus (2011).He made his film debut with Yeh Kaisi Mohabbat Hai (2002), and went to act in films like Hum Tum Aur Mom in 2005, Jahan Jaaeyega Hamen Paaeyega (2007), and Aur Pappu Pass Ho Gaya in the same year. Later he shifted to Bhojpuri films. He played the lead in the TV series, Sautela (Doordarshan) in 2007.

Why Book Krishna Abhishek Through ArtiseBooking?