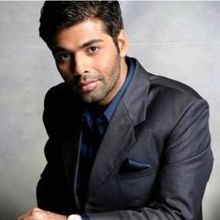 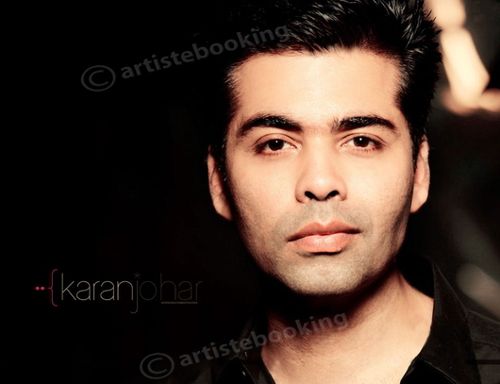 Karan Johar (born 25 May 1972) often informally referred to as KJo, is an Indian film director, producer, screenwriter, costume designer, actor and television host based in Bollywood. He is the son of Hiroo Johar and Yash Johar. He is also the head of the production company Dharma Productions. He is most known for directing and producing some of Bollywood's highest grossing films in India and abroad. Four of the films he has directed, those starring Shahrukh Khan, have been India's highest grossing productions in the overseas market. The success of those films resulted in crediting Johar for changing the way Indian cinema has been perceived in the West. Johar entered the film industry as an actor in Aditya Chopra's Dilwale Dulhania Le Jayenge(1995). He later made his directorial debut with the highly successful romantic comedy, Kuch Kuch Hota Hai(1998) which won him a Filmfare Award For Best Director and Filmfare Best Screenplay Award. His following directorial efforts were the family drama, Kabhi Khushi Kabhie Gham (2001) and the romantic drama, Kabhi Alvida Naa Kehna (2006), a movie which dealt with the theme of adultery. Both films were major financial successes in India and abroad. Johar thus established himself as one of the most successful filmmakers in Bollywood. His fourth film, My Name Is Khan (2010) was met with positive reviews and grossed INR200 crore (US$34 million) worldwide. It earned him his second Best Director award at the Filmfare ceremony.His next directorial venture Student Of The Year was a major commercial success despite featuring newcomers.Having done so, he has established himself as one of the most iconic directors Indian Cinema has ever witnessed.

Why Book Karan Johar Through ArtiseBooking?