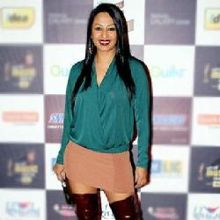 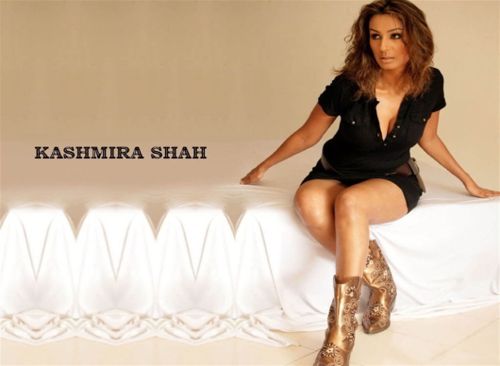 Kashmira Shah is an Indian actress and model. who was born on 2 December 1970 in Mumbai .She is the granddaughter of noted Hindustani classical singer, Anjanibai Lolekar. She has appeared in numerous Hindi and Marathi films. Shah is a half Maharashtrian and half Gujarati. She has also won many beauty contests such as Miss University World and Miss India talent winner. A former model and beauty queen (both as Miss University World and Miss India talent winner), Shah has acted on the big screen and on stage for over eight years, fast becoming a household name in India. She is best known for her roles in such hits as Yes Boss and Jungle, as well as for her acclaimed dancing numbers in movies like Vaastav and Aankhen. Kashmira started doing theater and soon proved herself as an accomplished actress in her many plays. This may have contributed to her showcase of her talents in 'Jungle' where her performance earned her a coveted Best Supporting Actress nomination in the local film industry. Shah recently graduated from prominent co-starring roles to lead parts - notably, in a anticipated series of films including one wherein which she plays Revati, a poor rag picker who finds her dignity in a journey of self-discovery. And her latest project, My Bollywood Bride, where in addition to co-writing the screenplay she plays the lead role of Reena, a Bollywood film star that falls in love with an American writer played by Jason Lewis (Sex and the City) Kashmera is now slated to star in two more Hollywood films and several Bollywood films all currently in pre-production or production. Whatever the medium, Shah seems to have a knack for being involved in successful projects. She was recently ranked among the Top 35 All Time Actresses in India and she has been promoted as the Worlds Most Exotic Woman.

Why Book Kashmera Shah Through ArtiseBooking?