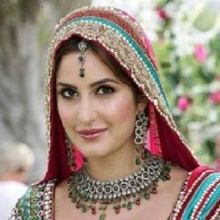 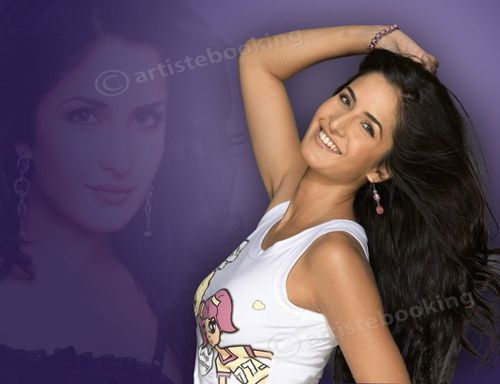 Katrina Kaif was born on 16 July 1984) is a British Indian actress and former model who appears in Indian films, mainly in the Hindi film industry. She has also appeared in Telugu and Malayalam films. Being a British citizen, she works in India on an employment visa. Kaif made her acting debut in 2003 with Kaizad Gustad's Boom. In 2007, she earned commercial success with Vipul Shah's Namastey London and later she earned recognition for playing glamorous roles in male-centric films such as Partner (2007), Race (2007) and Singh Is Kinng (2008); all of which were box office successes. Kaif subsequently played more prominent roles in films like New York (2009), Rajneeti (2010), Zindagi Na Milegi Dobara (2011), and Ek Tha Tiger (2012, the second highest grossing Bollywood film to date). Despite earning mixed reviews from critics for he acting prowess, she has established herself as a commercially successful actress ofHindi cinema. Kaif has received two nominations for best actress in Filmfare Awards for her film New York and Mere Brother Ki Dulhan in the year 2009 and 2011 respectively. She is first actress to win best actress in People's Choice Awards India for her role in Ek Tha Tiger. She was voted Asia's sexiest woman in the year 2010 and 2011. She has also received several awards and nominations in award functions like Screen Awards, Zee Cine Awards, IIFA Awards, Stardust Awards and Apsara Film & Television Producers Guild Awards.

Why Book Katrina Kaif Through ArtiseBooking?