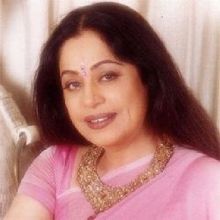 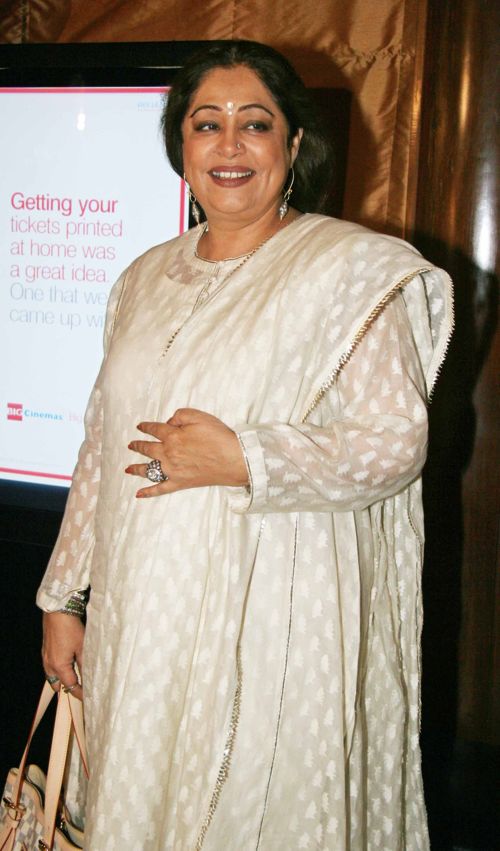 Kiron Kher is also known as Kiran Thakkar Singh or, Kiron was born 14 June 1955 is an Indian theatre, film and television actress, and also a TV talk show host. kirron kher made her debut in punjabi feature film "Asara Pyar Da" and received rave reviews for her performance. She took a hiatus from films following her divorce to raise her son Sikandar Kher is from her first marriage to businessman and actor Gautam (Kapil) Beri, which ended in 1985. She then married actor Anupam Kher, whom she first met in 1974 at Department of Indian Theatre in Chandigarh. After this meet Anupam Kher went to Delhi and joined National School of Drama (NSD), while Kirron went to Bombay and got married to Gautam Beri. They subsequently met while working in a play called Chanadpuri Ki Champabai. They married in 1985, now they run a production house. Kirron Kher received high accolades for performance in "Khamosh Pani" for which she won the Best Actress Award, at Locarno International Film Festival, Switzerland, the Karachi Film Festival, Karachi. Her successful movies include Main Hoon Na (2004), Hum Tum (2004), Veer-Zaara (2004), and Mangal Pandey: The Rising (2005), where her performance drew rave reviews. Her work in Rang De Basanti (2006) was a huge hit and her performance got her second nomination for the Filmfare Best Supporting Actress Award. Her role in Fanaa (2006) and Kabhi Alvida Naa Kehna (2006) also received appreciation. Adding to her list of comical roles in 2008 she appeared in Singh is King, Saas bahu aur Sensex and Dostana.

Why Book Kirron Kher Through ArtiseBooking?