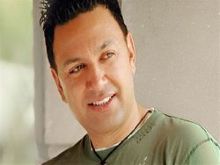 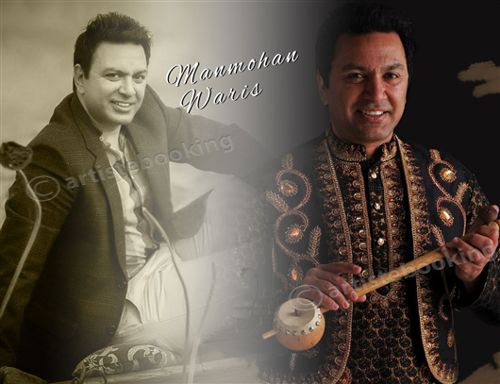 Manmohan Waris (born 3 August 1967) is an award-winning Indian Punjabi folk/pop singer. Manmohan Waris was born in Halluwal, District Hoshiarpur, Punjab, India. He is the elder brother of Sangtar (a renowned Punjabi record producer, musician & poet) & Kamal Heer (a renowned Punjabi Folk/Pop singer). Waris is considered one of the best in Punjabi music and is known as The King Of Bhangra. Manmohan Waris was born in the Village of Halluwal, Punjab, India on 3 August 1967. He started to learn music at a very young age from Ustaad Jaswant Bhanwra. Soon, his family moved to Canada in 1990 where in 1993 he released his debut album, Gaairan Naal Penghan Jhotdiye. It became a colossal hit and Waris became a huge star with more huge hit albums after his debut. These included Sohniya De Laare, Hasdi De Phul Kirde, Sajjre Challe Muklave and Gali Gali Vich Hokay. In 1998 Manmohan Waris released the song Kite Kalli Beh Ke Sochi which is considered one of the biggest hits in the history of Punjabi music. Waris soon signed with Tips Music and released the album Husn Da Jadu on it in 2000. After the success of this album Tips released Manmohan Waris's Gajray Gori De and Dil Vatte Dil. Manmohan Waris then started his own record label, Plasma Records with Kamal Heer and Sangtar. He has released the majority of his music on the label since then. In 2004 Waris released ""Nachiye Majajne"" on Plasma Records. The album furthered his success and in the same year he toured in the ""Punjabi Virsa 2004""tour. The tours success lead to ""Punjabi Virsa"" tours to happen every year. Some of the tours have had a concert recorded live and released. Following his studio album ""Dil Nachda"" in 2007, Waris's latest album, ""Dil Te Na Laeen"" released in Canada, United States and UK on 16 January 2010 and released in India on 23 January 2010. Waris is currently touring around the world with Punjabi virsa 2010.

Why Book Manmohan Waris Through ArtiseBooking?