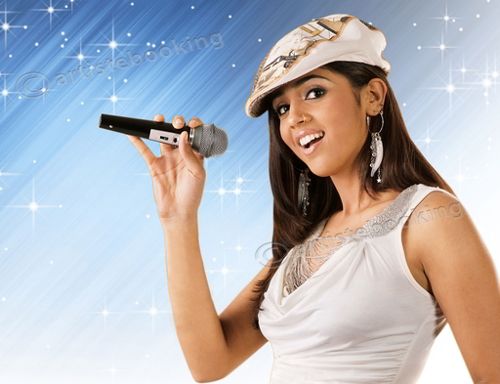 Mauli Dave, born 3 June 1987) is an Indian singer, actor, dancer, and television host. She was a finalist on Zee TV's Sa Re Ga Ma Pa Challenge 2007. She was also a finalist in Sony Entertainment's Chalo America Boogie Woogie in 2003, and was crowned Miss Teen India Texas 2007 Mauli then decided to move to Mumbai at the age of 19 to pursue a career in Music and Acting. She hosted a family dance show on the Zee Network titled "Rock n Roll Family" in 2008, lead role in a Zoom Tele-Film "Ek Anhonee", participated in Fear Factor India: Khatron Ke Khiladi season 4 and made it to the top 2.

She was seen in one episode of the Zee TV serial, Parrivaar. Her towering personality gives her the additional advantage of a massive screen presence. It is no wonder, that, the famed music director Bappi Lahiri called her "Indian Shakira".

Why Book Mauli Dave Through ArtiseBooking?