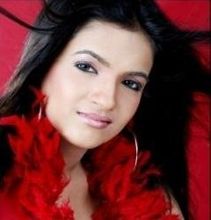 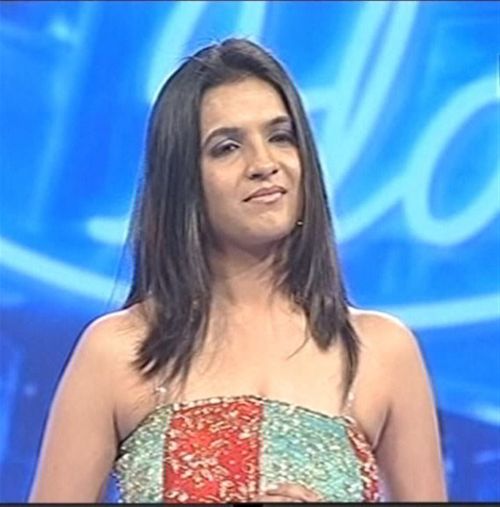 Meenal Jain (born June 14, 1985 in Indore, Madhya Pradesh, India was a top 6 finalist in the on-going reality show Indian Idol 2 onIndian Television. She was voted out on February 28, 2006.

When she was 11 years old, her elder sister, a trained Indian classical dancer, was practicing to a song 'Piya Tohse Naine Laga Re'. The song caught the attention of young Meenal so much that she wouldn't stop singing it and was even invited on stage by composer Ravindra Jain who had come to as a chief guest at her sister's show. A few words of appreciation from Ravindra Jain inspired her.

With the intention to become a singer, at the age of 11, Meenal urged her parents to allow her to enter Suresh Wadkar's training institute in Mumbai where music was taught in the guru-shishiya tradition. But after three months of rigorous training here, Meenal couldn't take it any longer. She was so homesick that she had to leave the institute and go back to Indore. Later, she came back to Mumbai, but didn't go back to the institute. Instead, she started learning music on her own from different people whilst completing her studies too. Her parents too supported her decision and hence her mother decided to come and stay with her. She is now living living in Mumbai for last 10 years and completed her graduate studies from Mithibai College, Mumbai.Recently did shows with Sonu Nigam, Abhijeet Sawant, Amit Sana, Rex D'Souza. Presently she is co-hosting a show "Music, Masti aur Dhoom" She also provided the singing voice for Barbie in the Hindi dub of the 2007 animated film Barbie as the Island Princess She also sang the song Sakhi on Aamir Khan's show Satyamev Jayate's seventh episode which was on domestic violence.

Why Book Meenal jain Through ArtiseBooking?