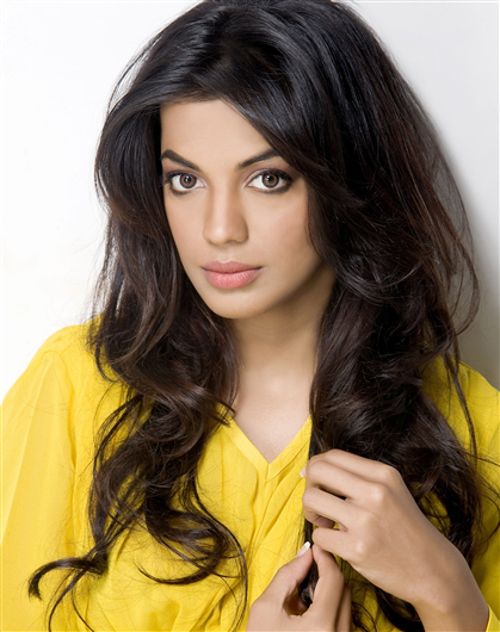 Mugdha Godse is an Indian Actress and model. She was born on July 26, 1986 in Pune, Maharashtra, Mumbai. Godse was a semifinalist at the Femina Miss India Competition in 2004. She made her debut in movies through Madhur Bhandarkar film Fashion in 2008. She was also a Judge in a Marathi Reality Show, Marathi Paul Padte Pudhe. Recenty she participated in colors show Fear Factor Khatro Ke Khiladi.

Mugdha was born in a small family on July 26, 1986 in Pune, Maharastra, India. She has one sister named Madhura. In her early life she sold oil for her pocket money. Then she started workout in the gym and participate in local beauty contest. In 2002, she participated and won the Gladrags Mega Model Hunt. In 2004, Godse took part in the biggest modeling contest in India, the Femina Miss India contest. She reached the semi-finals and won the Miss Perfect Ten title. She then moved to Mumbai and started modeling.

She has to her credit the Airtel commercial where she shared screen space with Shah Rukh Khan and the Close-Up commercial among the many she has done so far. She has spent over five years in the modelling field, doing press ads, music videos, commercials and walking the runway at national and international ramps. She appeared in the Hindi film Fashion. It was directed by Madhur Bhandarkar and has Priyanka Chopra, Kangana Ranaut and Arbaaz Khan alongside her. She received loads of praise for her performance — in her debut she has made a sensational mark.

In 2009, Godse appeared in two films, All The Best, and Jail. Her film, Help opposite Bobby Deol was released on 13 August 2010. The film Gali Gali Chor Hai was released in February 2012 and Will You Marry Me? was released in March 2012.

Why Book Mugdha Godse Through ArtiseBooking?