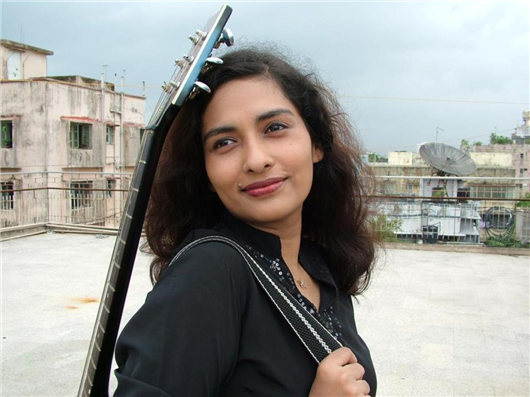 As work started to trickle in, she became a regular voice for many major serials on Zee Bangla and ETV Bangla. She also started hosting a series of popular musical shows, interviewing and featuring celebrities from the field of music. One such program was Amar Gaan on ETV Bangla, where she sat with a grand piano on the sets, singing and hosting a chat show, which incorporated all the major musical personalities of the Bengali musical scenario. This followed with Gaan Live, a morning show on ETV Bangla, where she not only hosted the daily episodes, but was also the director and conceptualizer as well.