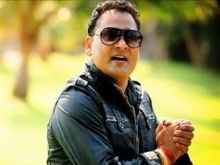 Nachhatar Gill (born Nachhatar Singh Gill) is a Punjabi musician and singer-songwriter. He was born to a Sikh family at their village Akaalgarh near Badesron , Teh-Garhshankar. Gill was very found of music as his father was a kirtani. He used to sign along with his father at their village's temple's annual program. Gill got popularity with his solo song"DIL DITA NAHI C". His two Religious Albums are Sahib Jinah Diyan Mane in 2006, and Ardaas Karaan in 2010. Nachhatar Gill's New Film, Gal Sun Ho Gaya will be produced by Aman Hayer. He is of Indian descent. Nachhatar Gill performed in Concert in August 2011 singing his live songs.