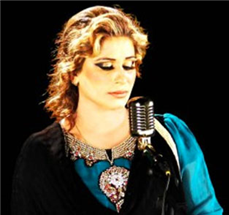 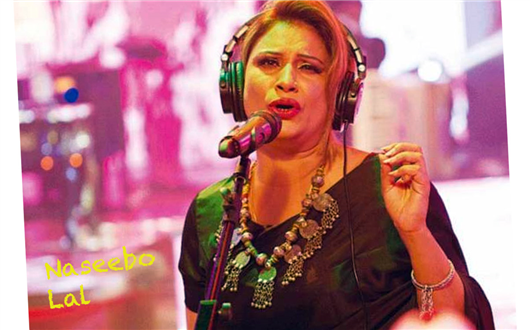 Naseebo Lal is a Pakistani Punjabi singer who is known for her songs in Pakistan and India. .Lal has sung for many Lollywood movies and is known for her brilliant voice. Unlike Reshman, Naseebo’s voice had the dexterity to be a mainstream film voice. In the process of commercialisation, she was transformed into a thin version of Madame Noor Jehan with glamorous apparel and a makeover that, alas, was not the innate style of the glorious Madame. Nevertheless, it was good to see a new talent from the nomadic margins of Punjab succeed at the national level. But then she was made to sing all sorts of numbers – from the tragic to lilting romantic songs, and from sizzling to downright innuendo-laden pieces. A high court in Lahore, Pakistan, banned some of Nabeebo Lal's songs as well as her cousin Nooran Lal's songs.