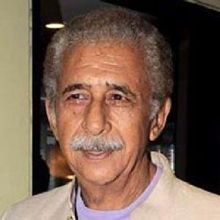 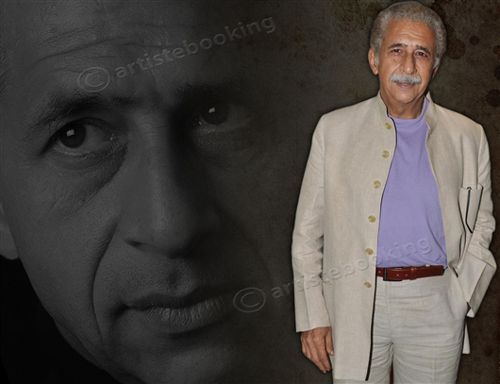 Naseeruddin Shah (born 20 July 1950) is an Indian/Bollywood film actor and director. He is widely considered to be one of the finest Indian stage and film actors. He is an influential actor of the Indian Parallel (New Wave) Cinema. Shah has won numerous awards in his career, including three National Film Awards, three Filmfare Awards for Best Actor, and a Best Actor Award (The Volpi Cup) at the Venice Film Festival. The Government of India has honoured him with both the Padma Shri and the Padma Bhushan civilian awards for his contributions to Indian cinema. Shah has acted in movies such as Nishant, Aakrosh, Sparsh, Mirch Masala, Albert Pinto Ko Gussa Kyon Ata Hai, Trikal, Bhavni Bhavai, Junoon, Mandi, Mohan Joshi Hazir Ho!, Ardh Satya, Katha, Jaane Bhi Do Yaaro, etc.In the very early stages of his career he acted in the film Dil Aakhir Dil Hai directed by noted director Ismail Shroff, with Rakhi where she played the character of Naseer's elder girlfriend Kusumji whom he was forced to marry unwillingly because he is quite younger than her (in the film). One of his most important films, Masoom (1983) was shot at St Joseph's College, Nainital. He became active in mainstream Bollywood cinema with the 1980 film Hum Paanch. His next major success in mainstream films was the 1986 multi-starrer film Karma where he acted alongside veteran Dilip Kumar. Starring roles for films such as Ijaazat (1987), Jalwa (1988) and Hero Hiralal (1988) followed. In 1988 he played opposite his wife Ratna Pathak as Inspector Ghote, the fictional detective of H. R. F. Keating's novels in the Merchant-Ivory English language film The Perfect Murder He was most recently seen in The Dirty Picture (2011). Shah's upcoming films include The Hunt where he plays a recluse growing marijuana in his forest retreat. He made his Pakistani film debut in Khuda Ke Liye by Shoaib Mansoor where he played a short cameo. He played the villain with the dual identity of a ghazal singer and a Pakistani spy who supports terrorism in India in Sarfarosh (1999).He played the role of Mohit, a drunken coach, in the critically acclaimed Iqbal. The role was specially written keeping him in mind by Vipul K Rawal, the writer of the film. It was recently[when?] voted as one of ten Hindi films that is considered ideal training and motivational material. He was the first of several celebrity actors, who played the role of narrator in the popular audiobook series for kids Karadi Tales. He was the narrator in the film Paheli — the Indian entry to the 2006 Academy Awards. He has been awarded the life membership of International Film And Television Club of Asian Academy of Film & Television.

Why Book Naseeruddin Shah Through ArtiseBooking?