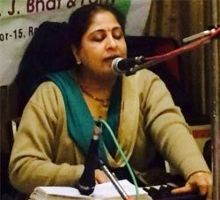 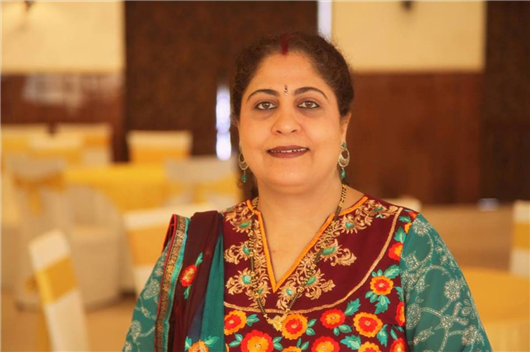 Neerja Pandit is an Indian Playback Singer in Hindi and Television Industry and also live performer. Her real name is Neerja Munshi but mojarly known as Neerja Pandit, she was born on December 20, 1966. She also record songs for telugu films. Neerja is also associated with kashmiri folk music, her albums have always been chartbusters. She also given many successful albums like Cheshma bu Wondai and many more. Recently she also coming up with yet another traditional folk albums titled as Reshvaer later this year, which is a collection if soulful Kashmiri folks songs.

Pandit obtained a MA degree in music from Chandigarh University and has also studied under musicians such as Shambhunath Sopori, Bhajan Sopori, Shambhu Senji and Dhruba Ghosh. She married noted filmmaker and social activist Ashoke Pandit in the year 1988.

Neerja Pandit has sing many title tracks of many Television series, her one of the best title track from Sarhad and Tere Mare Sao.

Neerja has been regularly performing live all across the globe. Her most outstanding shows have been in Mauritius, Nepal, Dubai, U.K, U.S.A and Canada and but obviously all around India. She has also sing for many bollywood movies such as Traffic Signal, Sheen, Indian Babu, Yeh Dil and etc.

Why Book Neerja Pandit Through ArtiseBooking?