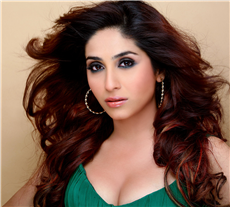 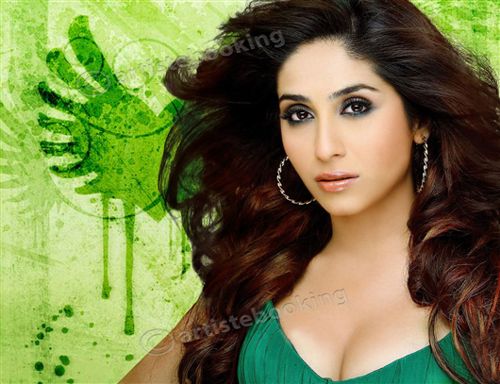 Neha Bhasin is an Indian singer-songwriter, performer, and TV hostess and was a member of the Indian pop girl group Viva!. Neha Bhasin was born on November 18, 1982 in Delhi in a Punjabi Khatri family, India to Ashok Bhasin and Rekha Bhasin and has an elder sister and a younger brother She first went to the The Frank Anthony Public School New Delhi, where her first dreams of becoming a superstar or performer shaped up. She later joined the Lady Shri Ram College for Women in New Delhi, where she graduated in sociology honors.

Neha Bhasin then stepped into playback singing, singing for Indian soundtracks, starting with the title track of the 2005 Hindi film Bullet - Ek Dhamaka for composer Somesh Mathur, which was penned by herself. Subsequently, she sung several Hindi film songs forAnand Raj Anand, Aadesh Shrivastava and Salim-Sulaiman. In 2007, she sang her first Tamil song, "Pesugiren Pesugiren" fromSatham Podathey under Yuvan Shankar Raja's direction which earned her the Vijay Award for Best Female Playback Singer. In collaboration with Yuvan Shankar Raja, she sang several successful songs in Tamil cinema. She received a nomination for the 2009Filmfare Best Female Playback Award for the song "Kuch Khaas" from the Hindi film Fashion, composed by Salim-Sulaiman. In 2011, she sang the song "Dhunki" for Yashraj Films' Mere Brother Ki Dulhan that won her many accolades. Neha won the Stardust Award in the category New Musical Sensation - Female. Her rendition earned her further nominations at the Zee Cine Awards, Screen Awards and Apsara Awards.

Tabaah Neha established her childhood dream with the release of her debut album Tabaah with Beatfactory music, an independent label.

International sports brand Reebok collaborated with Neha Bhasin for the launch of the fast-paced, groovy number Apple Bottoms. The music video garnered 650,000 views on YouTube alone and 100,000 views on timesofindia.com in just 1 week of its release.
Apple Bottoms was nominated at Indian Music Academy Awards 2011 in the category of "Best Non-Film Track of the Year".

Tera Mera was released in July 2012 as a single, with a Black and White video. It is written by Neha Bhasin, music by Sameer Uddin and promoted and released by Reliance Big Entertainment. It received more than 300,000 views within 30 days of its release.
Neha released an unplugged version of Tera Mera on Valentine's Day 2013. It was a coloured version and she spreads her love for all her fans through the special song.

Bajre Da Sita Directed, produced and composed by Sameer Uddin, Neha released her next Punjabi Folk Song Bajre Da Sita in January 2015. The video was produced by Imaginary Friend Films and 5 am Audio.

Kuch Khaas Hai Unplugged On 30 April 2015, Neha Bhasin released the unplugged version of her own song Kuch Khaas Hai from the movie Fashion. This song was featured on Priyanka Chopra and Arjan Bajwa. It was originally composed by Salim-Sulaiman and sung by Neha and Mohit Chauhan.

Aansu Bhari Hai On 12 June 2015, Neha Bhasin released her rendition of song Aansu Bhari Hai from the movie Parvarish. This song was originally sung by Mukesh and picturised on Raj Kapoor. The song was rearranged by Sameer Uddin.

Neha Bhasin has also worked as a TV hostess, hosting the Sa Re Ga Ma Pa Hungama programme on Zee Music, which turned out to be top-rated programme across all music channels.

Why Book Neha Bhasin Through ArtiseBooking?